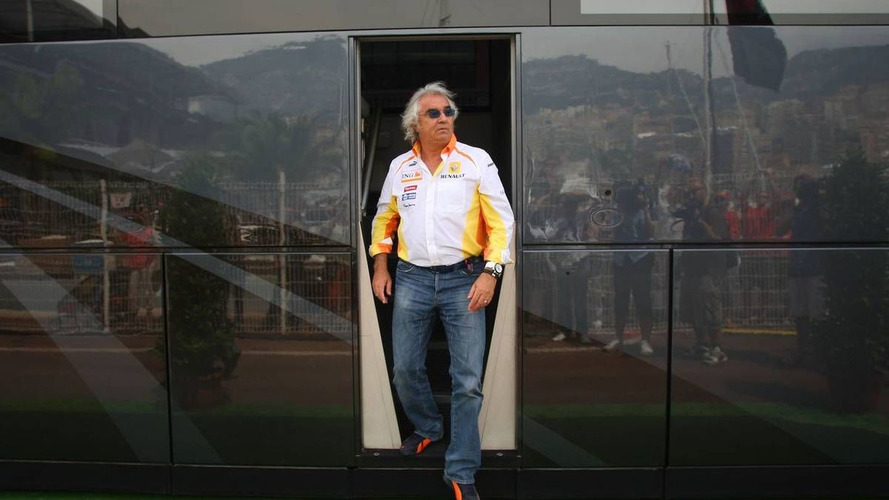 The events of Flavio Briatore's 60th birthday on Monday means the ousted former Renault boss is coming back to formula one, Italian media said on Tuesday.

The events of Flavio Briatore's 60th birthday on Monday means the ousted former Renault boss is coming back to formula one, Italian media said on Tuesday.

"He will start immediately behind the scenes," said La Gazzetta dello Sport, tipping a role for Briatore alongside F1 chief executive Bernie Ecclestone.

The FIA said on Monday it had reached a settlement with Italian Briatore and crashgate co-conspirator Pat Symonds, where the pair's motor sport bans would apply only until the end of 2012.

Previously, F1's governing body wanted Briatore to be banned for life, while Briton Symonds would have been eligible to re-enter the sport in 2015.

Part of a statement issued by Briatore's lawyers confirmed: "(He) informed the FIA of his intention not to undertake any operational role in formula one before the end of 2012."

The Italian told Sky Sport 24 last week: "I will never come back to formula one as team manager, but perhaps (I will return) after 2012 in another role."

The Blogs Editor for the Daily Telegraph on Tuesday said Briatore returning to F1 will be "a dark day" for the sport.

"Talk about a fudge ... it is a most unsatisfactory conclusion to one of F1's most unedifying spectacles," wrote Mike Norrish.