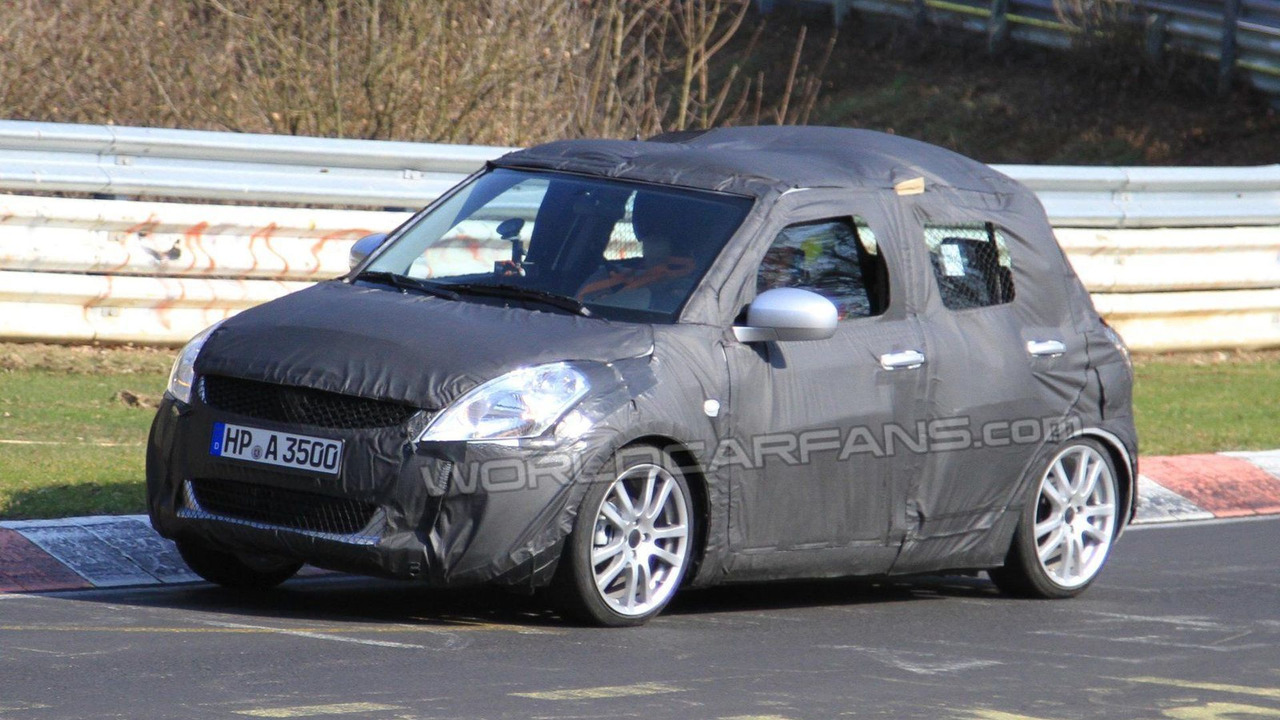 Check out these pics of the next-gen Suzuki Swift racing around the Nurburgring. Details inside.

A new set of spy shots taken at the Nurburgring give us a better glimpse of the 2011 Suzuki Swift.  Two different prototypes of the next-generation Swift were seen as they were put through the paces of the Nordschleife.

It appears that the car will have a small front spoiler - or a similar looking element - jutting out from the bumper.  We now have a better idea of what the car's gigantic headlights will look like, as well as other parts of the front end.  The rear light clusters also look to match the triangular shape of the lights at the front.

The roof of the car is covered with more padding as opposed to the Swift seen in photos taken last November.  We hope that as testing continues, the prototypes will lose more and more of their padding.

Look for the new Suzuki Swift, possibly with all-wheel drive, to hit the global marketplace later this year.