One off BRABUS VANISH based on SL65 AMG Black Series surfaces 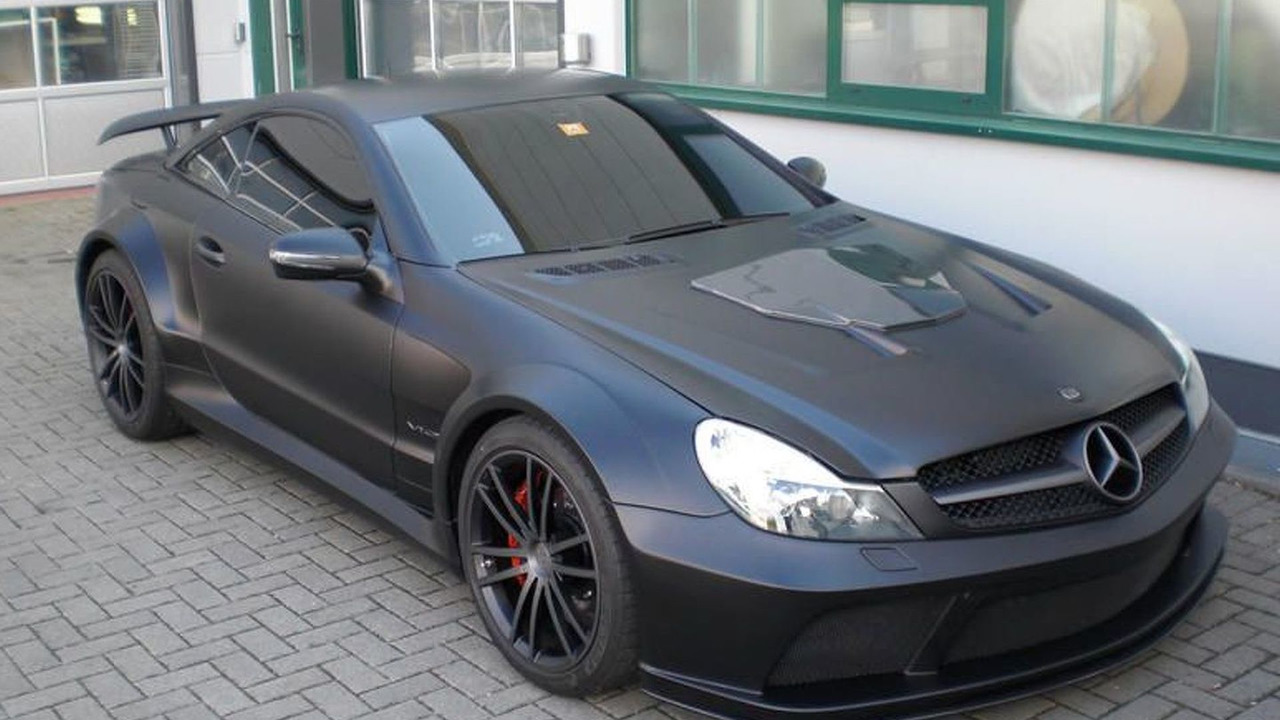 Find out what ruins the character of this one-off Brabus Vanish. See the pics inside.

German tuners Brabus have created a new one-off sports car tuning kit based on the Mercedes-Benz SL 65 AMG Black Series.  Named by its owner in Dubai, the Brabus Vanish has a power increase of nearly 19.5 percent.

Power on the Vanish is boosted to 800 PS (588 kW / 789 bhp), up from the 670 PS (493 kW / 661 bhp) cranked out by the 6.0-liter AMG V12 engine.  The increase comes from engineers installing larger turbochargers, and mating the engine to a racier gearbox and exhaust.  Due to the larger turbines, the hood was replaced with a new version that includes an awkward bulge in the middle.

New Vanish-badged brakes can also be found, while inside, Brabus badging is seen throughout.

Still, for such a luxe ride, one would hope the designers would come up with something better than the tacked on bonnet bulge.  Surely, such an elaborate car deserves better.

Gallery: One off BRABUS VANISH based on SL65 AMG Black Series surfaces