2011 Audi A7 spied in Germany - clearest photos yet 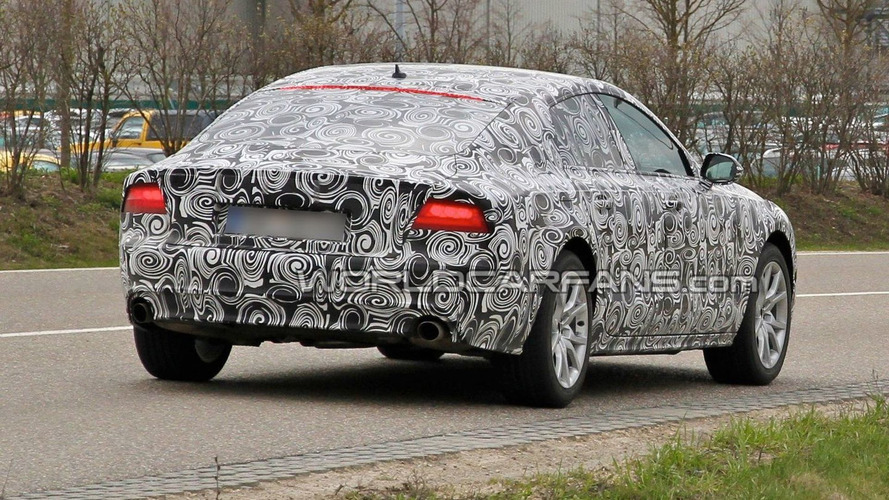 Check out these new pics of the 2011 Audi A7, just months away from its unveiling. Find out more inside.

Spies near Audi offices in Germany caught shots of a prototype version of the Audi A7.  The swept back four door is in testing ahead of its late 2010 German market release.

Based on the Audi Sportback concept seen at the NAIAS last year, the Audi A7 will be built for customers looking for a less conservative car than the A8.  In these pictures we can see the car's third brake light mounted above, and running almost the entire width, of the rear glass.  The LEDs here look like they will be matched with LED lighting in the rear clusters mounted on either side of the trunk.  Bright headlights will match up with fog lights integrated into the bumper.

The car is expected to get a 3.0-liter direct-injection petrol engine, as well as a tubocharged V8 petrol, and a V8 turbodiesel.  The engines will be paired to a seven-speed automatic and all-wheel drive, with exhaust leading to dual or quad tailpipes.

Audi is expected to introduce the 2011 Audi A7 either in late August at Auto Salon Moscow, or in October at the Paris Motor Show.  After appearing in European dealerships later this year, the car will be introduced in the US in 2011 at about $80,000.