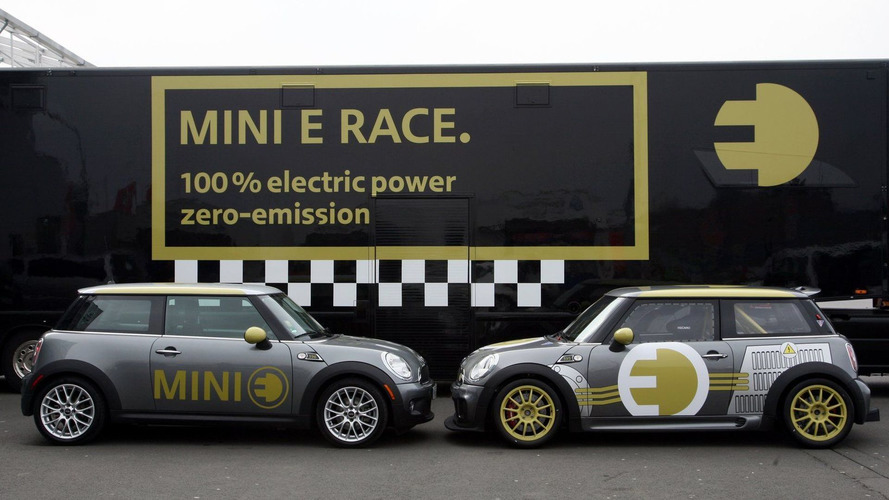 Electric MINI racer reaches a top speed of 187 km/h and runs on the same 150 kW/204 hp electric motor as in the standard MINI E.

MINI has become the first automaker to run a competitive electric race car at the Nürburgring-Nordschleife track.

The E Race features the same 150 kW/204 hp electric motor, powered by lithium-ion batteries, that comes in the standard MINI E. But a new helical gearbox with a longer gear ratio was added and the engine management software was tuned for improved performance. Other modifications were also made to make it race-ready, including a "special lightweight body", a roll cage and performance brakes, suspension and tires.

On the outside a carbon fiber rear wing and various diffusers were added.