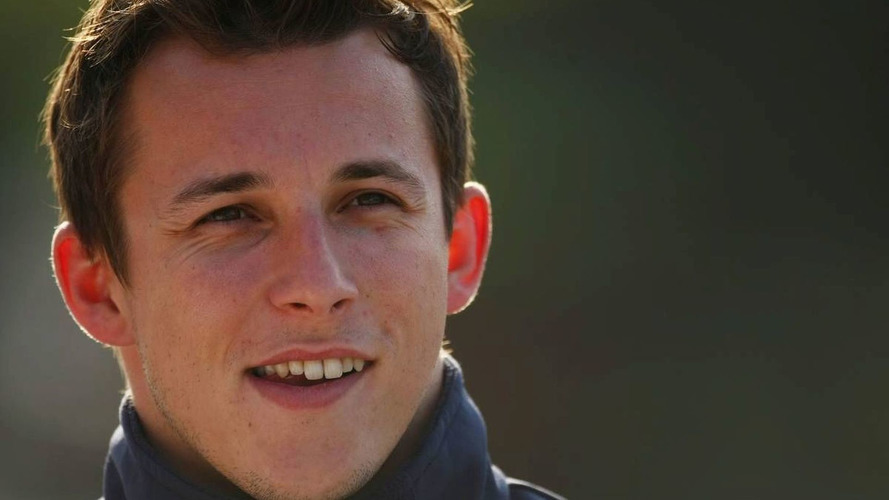 Christian Klien will travel to Shanghai this week for the Chinese grand prix.

Christian Klien will travel to Shanghai this week for the Chinese grand prix.

For the first time since entering F1 with Jaguar in 2004, the 27-year-old is no longer a regular in the formula one paddock.

After losing his Red Bull race seat, Klien was test and reserve driver with Honda and then BMW, but his only official role this year is as Peugeot's Le Mans reserve driver.

This week, he will be testing for the French sports car marque in France, but will then fly to China to be trackside for round four of the F1 world championship.

It was reported late last week that HRT team boss Colin Kolles is looking to pay an experienced F1 driver to drive during Friday practice sessions, to help gauge the performance of the Dallara car as well as Bruno Senna and Karun Chandhok.

Klien, as well as Ferrari reserve driver Giancarlo Fisichella, have been linked with the role.

The Austrian said he is still not able to commit to Peugeot as a race driver in 2010 "because of my involvement in formula one negotiations".

"Right after the (Peugeot) test I fly to Shanghai to keep in touch with the teams," Klien said on his official website.

"Sometimes it can turn around pretty quickly as we have seen. And being at the race means taking a shortcut, which makes things easier sometimes," he added.

In Shanghai, Klien will also commentate for the Austrian broadcaster ORF, as regular expert Alex Wurz fulfils the role as the fourth steward this weekend.