Ford Confirms EcoBoost engines for next-gen Explorer, C-Max and F-150 by end of 2010 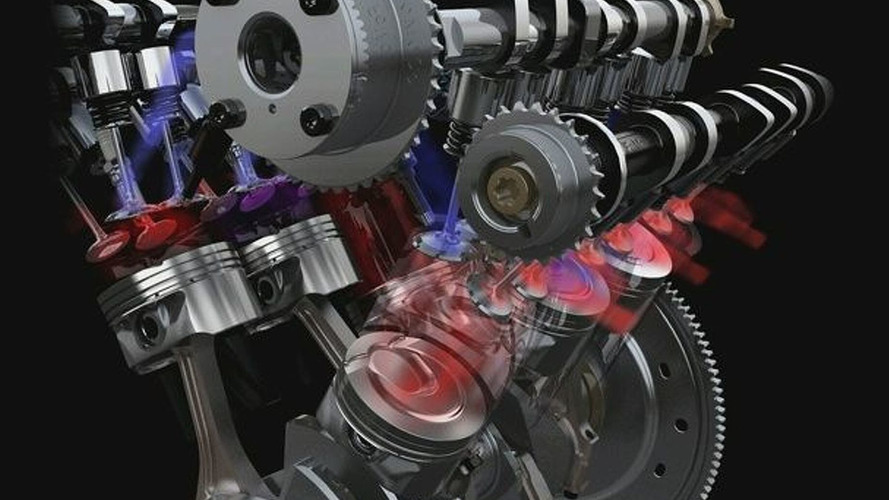 Ford has announced EcoBoost engines will be available in the C-Max, F-150 and next-generation Explorer. Full details inside.

Ford has announced EcoBoost engines will be available in the C-Max, F-150 and next-generation Explorer.

The C-Max will be equipped with a 1.6-liter four cylinder EcoBoost which will deliver "quick acceleration and class-leading fuel economy." The redesigned Explorer will offer a 2.0-liter four cylinder Ecoboost with "best-in-class fuel economy and V6 performance." Finally, the F-150 will receive a 3.5-liter V6 EcoBoost which has been upgraded for rear-wheel drive applications. Ford says it will deliver "best-in-class fuel economy along with the power and towing capability of a V8." All three engines will be launched by the end of the year.

With the latest announcement, Ford is well on their way to producing 1.5 million EcoBoost engines annually. If everything goes according to plan, EcoBoost engines will be available in 80 percent of the company's models by 2013.

Besides talking about EcoBoost, Ford stated 98 percent of North American products will be equipped with six-speed transmissions (manual, automatic, and double-clutch) by the end of 2012. Furthermore, by 2014, up to 20 percent of Fords will feature an engine stop/start system.

According to Barb Samardzich, Ford's vice president of powertrain engineering, "We are focused on sustainable technology solutions that can be used not for hundreds or thousands of cars, but for millions of cars, because that's how Ford will truly make a difference."

Check out the press release for additional information.