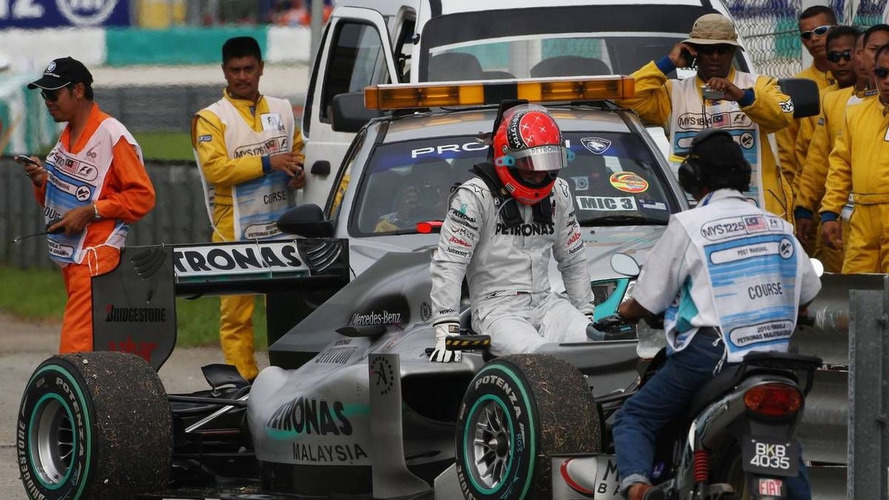 Norbert Haug has played down suggestions that Michael Schumacher's return to formula one might be short-lived.

Norbert Haug has played down suggestions that Michael Schumacher's return to formula one might be short-lived.

Prior to coming out of a three-year retirement last month, the seven time world champion inked a contract with Mercedes tying him to the German marque until the end of 2012.

But Schumacher, 41, has so far failed to outpace his younger teammate Nico Rosberg, lags his German compatriot in the drivers' table by 26 points, and has yet to qualify higher than 7th or better his 6th place finish in Bahrain.

When asked about rumours the former Ferrari driver might not see the end of his three-year commitment, Mercedes' competition director Haug answered: "It's quite the contrary.

"I know that Michael is highly motivated and wants to make his comeback for the long term, with long term success," he is quoted as saying by Bild newspaper.

When asked if Schumacher is able to add to his record tally of 91 grand prix wins, Haug added: "Yes. As soon as the car can do it, so can Michael.

"The fact that he has not had better results so far is not his fault," the German said.

"The true fans are experts and know exactly what has happened so far and why there is the points deficit."

But Haug insisted that his comments do not detract from Rosberg's achievements so far, including a front row start and podium in Malaysia last weekend.

"In the first three races he did the best job possible," he said of the 24-year-old.