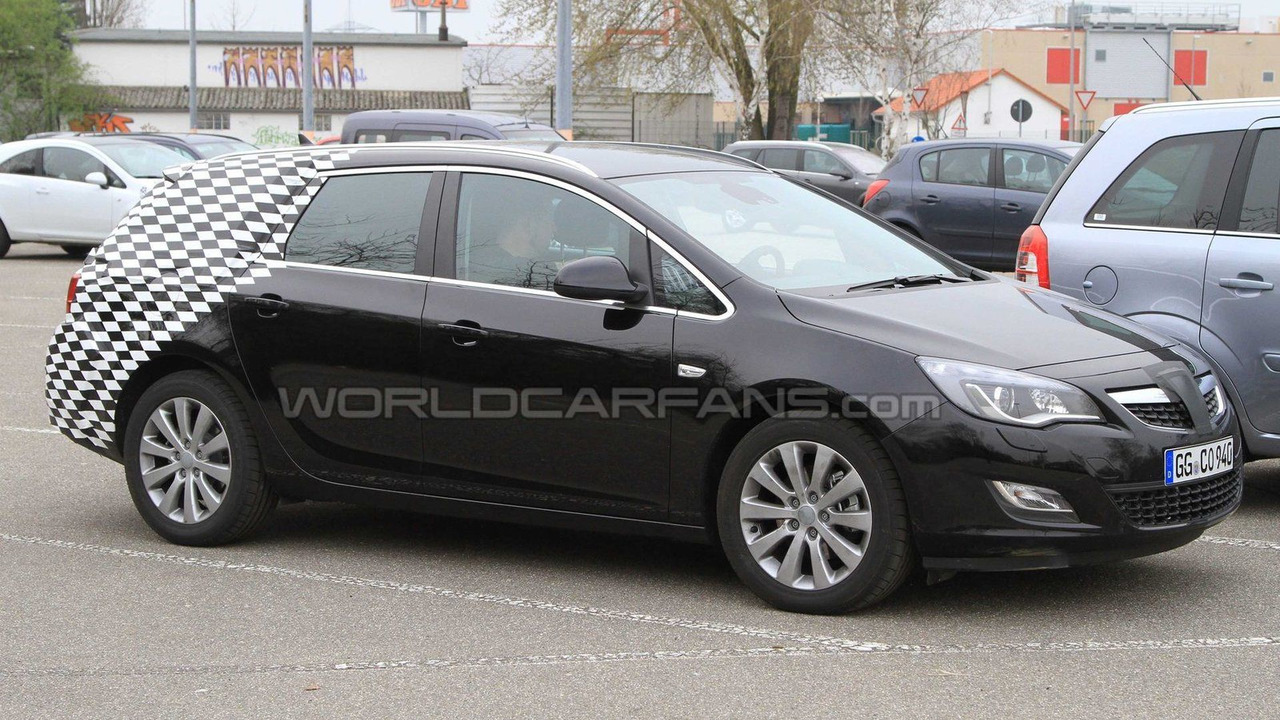 We have a series of photos showing the 2011 Opel Astra Sports Tourer in near production form. Details inside.

Spies in Germany snagged several photos of the 2011 Opel Astra Sports Tourer.  The car still has its rear covered, but we can pick out some details as the camouflage is semi-transparent.

There looks to be no extended section from the rear side window.  Taillights look to be similar to the current Astra lineup, but the the lower reflector lights look to have been moved into the bumper instead of being underneath it.

The new 2011 Opel Astra Sports Tourer looks incredibly close to production.  This signals that it could be introduced to the public at either the Leipzig or Beijing auto shows in April, or even the Paris Motor Show at the end of September.