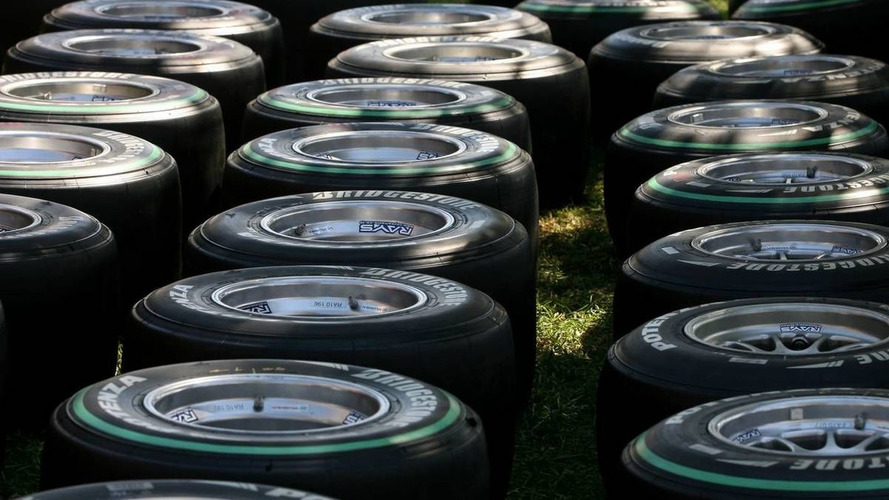 Sir Frank Williams insists he is not worried that F1 will be embarrassingly left without a tyre supplier in 2011.

Sir Frank Williams insists he is not worried that F1 will be embarrassingly left without a tyre supplier in 2011.

"There will be tyres," said the veteran co-owner and boss of his eponymous British team.

The subject of tyres was discussed at length between Williams' fellow principals and Bernie Ecclestone in Malaysia last week, due to Bridgestone not extending its contract as the official sole supplier.

Among the suggestions are that Michelin could return to F1, perhaps in competition with Korean marques Kumho or Hankook, and perhaps with Le Mans-style low-profile 18-inch rims.

The idea of much wider rear tyres has also been mooted.

"The question is whether we get them for free or whether we have to pay," Williams, 67, is quoted as saying by the German-language motorline.cc.

"There have already been talks. Some of the companies have developed formula one tyres in the past, others have not," he confirmed.

The Briton said that re-igniting the tyre war would be an "expensive" route for F1, while Mercedes team boss Ross Brawn said he is not automatically opposed to the idea of changing the current rules.

"If a tyre manufacturer wants to be in formula one, we have to consider their objectives and try to meet them up with the objectives of the teams," he added.