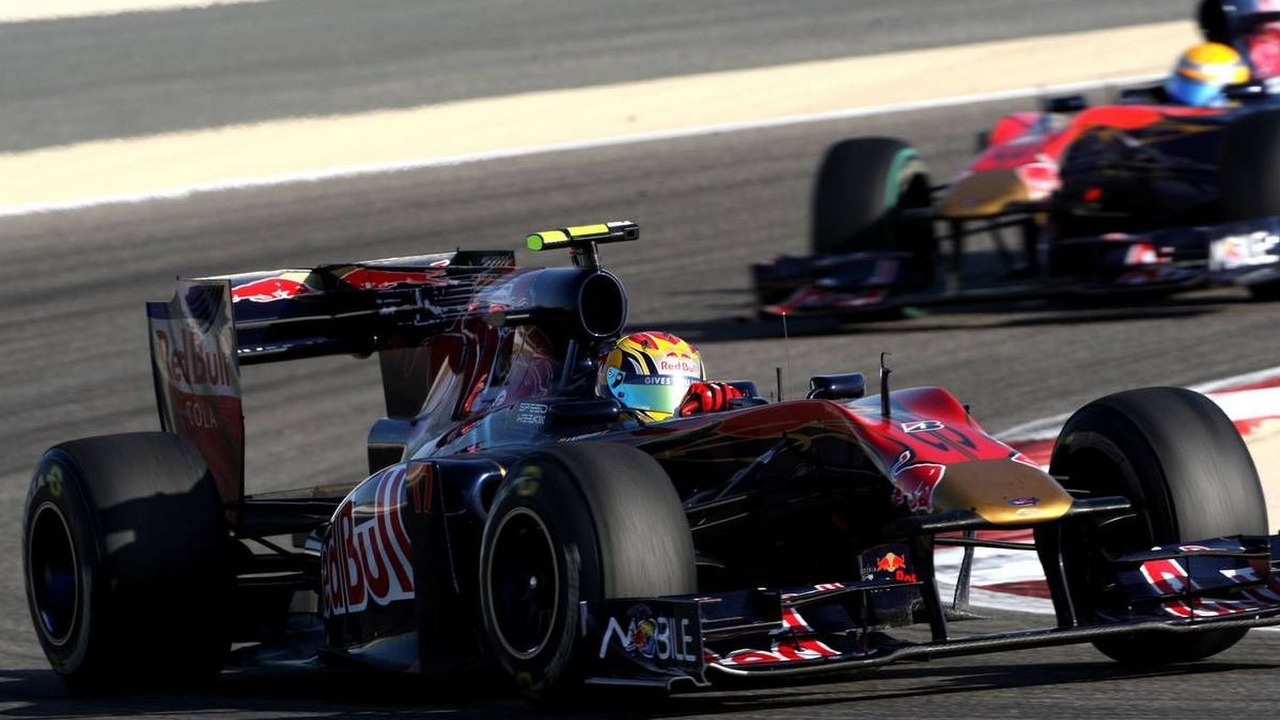 A meeting later this year will discuss the immediate futures of up to three Red Bull-backed F1 drivers.

A meeting later this year will discuss the immediate futures of up to three Red Bull-backed F1 drivers.

The Swiss newspaper Blick said Toro Rosso's Sebastien Buemi and Jaime Alguersuari, as well as the main Red Bull team's Mark Webber, will be the subject of discussion between Helmut Marko and Dietrich Mateschitz in the autumn.

The report said that even though Buemi, 21, is highly regarded by team boss Franz Tost - while the youngster Alguersuari showed great improvement in Malaysia last weekend - their futures are not guaranteed.

It is believed that Red Bull consider the Australian Daniel Ricciardo, who is Red Bull Racing's reserve driver this year, is ready to step into a race seat.

Asked if he expects to keep scoring points now that he has broken his 11-race drought, Spaniard Alguersuari said after Malaysia: "Definitely.

"There is still a lot to come from my side. I am expecting a lot for the second half of the season."

Team boss Tost told Germany's Auto Motor und Sport: "Alguersuari is three to five tenths slower than Buemi. For him (Alguersuari), the majority of the circuits are still new.

"But we can see him coming slowly closer to Buemi."