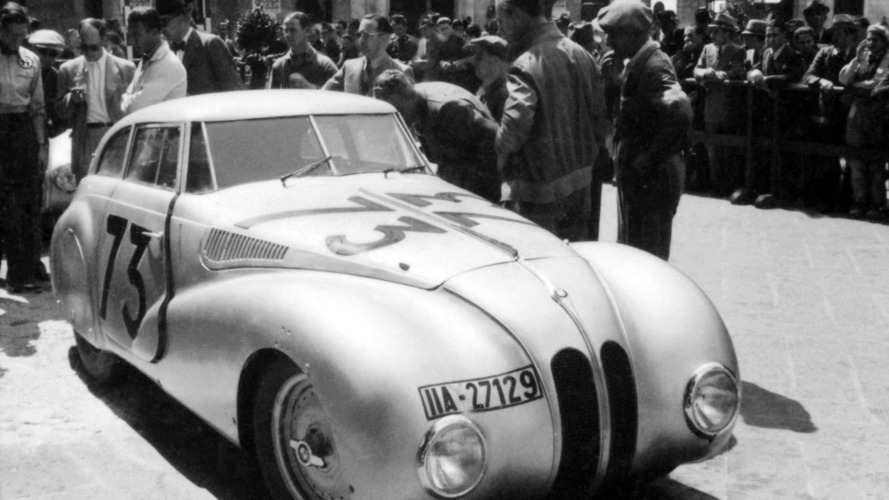 BMW is celebrating its Mille Miglia victory from 70 years ago with the unveiling of a 328 Mille Miglia Concept Coupé at the Concorso d'Eleganza Villa d'Este 2010 on the weekend of the 23rd of April.  Much like the M1 concept unveiled two years ago, the 328 Concept is a modern day interpretation of the 1940 BMW 328 Kamm Coupé (pictured), which is also having its world debut after an extensive restoration that started in the mid-1990s.

"We are very proud to bring this milestone in motor racing history and vehicle aerodynamics back into the public spotlight," said Karl Baumer, Director of BMW Group Classic, ahead of the world premiere of the racing car on Lake Como. "Our tribute to the M1 at the Concorso two years ago showed how much inspiration the past can provide for the future. And the BMW 328 Kamm Coupé is an outstanding example of how far back the future at BMW stretches into the past."

The five concerned Mille Miglia cars occupy a unique place in BMW's history, since they were quickly taken to the German countryside after their famous victory in order to protect them from the ravages of WW II. Unfortunately four of them got scattered around the world, but the Kamm Coupé remained in Germany and was used by former BMW Director of Racing Ernst Loof. An accident in the early 1950s left it immobile. Thankfully it has been undergoing an extensive and expensive restoration process and will undoubtedly be a star at the show.

"We've come up against some major technical challenges," admitted Baumer, "had many discussions and racked up countless hours of research, but when you see the car for the first time you can sense the passion and professionalism invested by all those involved - both all those years ago and today."