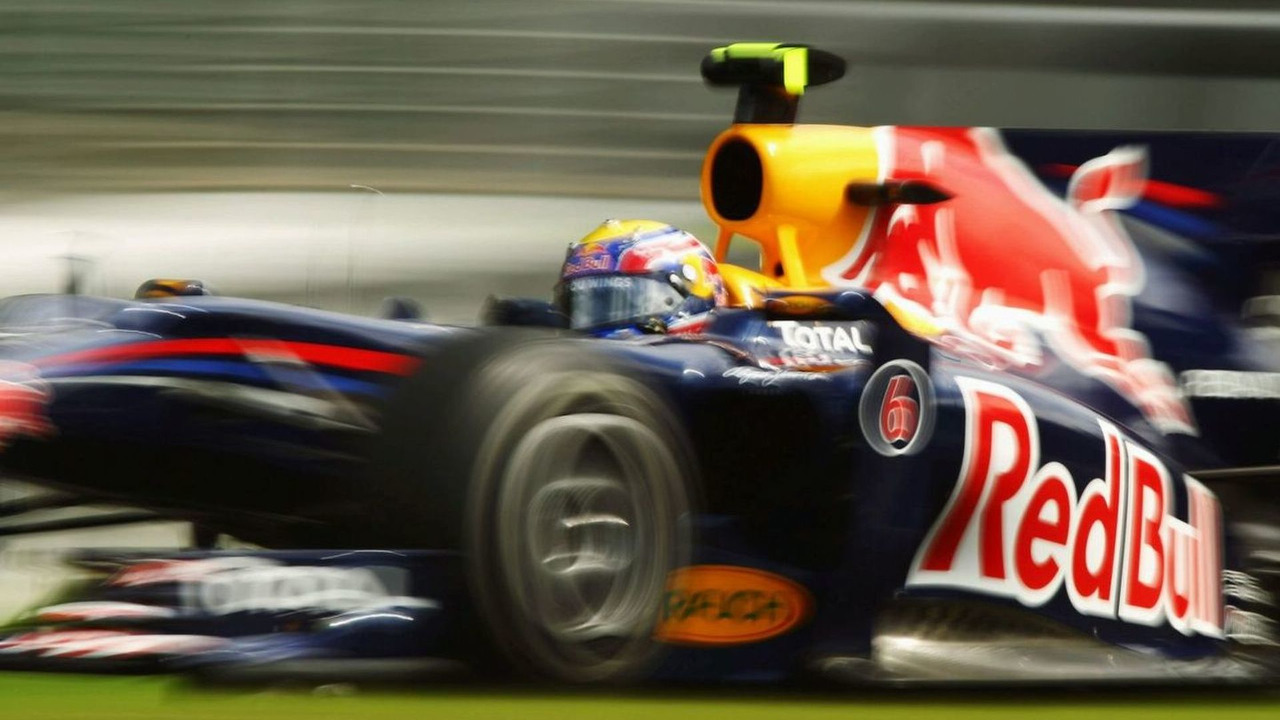 Red Bull would support a rule to allow a suspension change in 'parc ferme' conditions between qualifying and the grands prix.

Red Bull would support a rule to allow a suspension change in 'parc ferme' conditions between qualifying and the grands prix.

We reported late on Saturday that the solution is being touted by the FIA and rival teams as a solution to F1's latest technical controversy.

Some teams suspect Red Bull is somehow regulating the right-height of the RB6 between qualifying and the race, perhaps with an ingenious compressed gas system that can be legally drained or re-filled in parc ferme conditions.

Allowing a single suspension adjustment between qualifying and the race would therefore negate the need for other teams to seek to emulate Red Bull's clever trick.

But the new rule might at the same time negate Red Bull's advantage, which would be unfair if the system was legal when devised to the word of the existing regulations.

However, while reinforcing his earlier denial that the RB6 is veiling an adjustable ride height system, team boss Christian Horner said at Sepang that he would back the rumoured rule tweak.

"Yes, that would save money," said the Briton.

Indeed, Martin Whitmarsh has suggested that McLaren is working on emulating Red Bull's supposed system, and Horner warns that Red Bull would protest any such attempt.

"If McLaren go to China with anything like that (an adjustable ride-height system), we will lodge a protest against it, because that would be illegal.

"The FIA looked at our car again on Saturday night and are completely happy with it. They did not find anything, because there is nothing!" added Horner.

He also confirmed that Red Bull will eventually race a McLaren-like F-duct system in 2010.

"The guys are looking at that but it is a complex piece of technology," said Horner. "We will introduce it when we are satisfied with our solution."