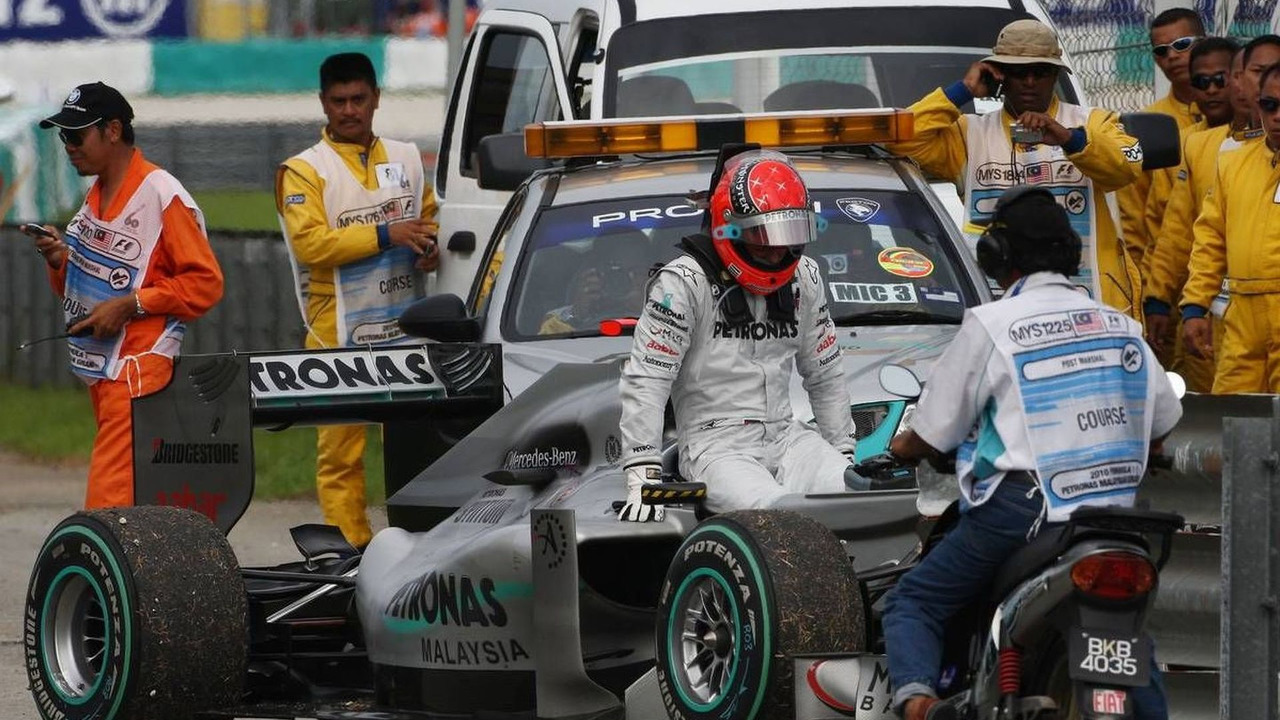 F1's new generation is convinced that Michael Schumacher still has what it takes to succeed in formula one.

F1's new generation is convinced that Michael Schumacher still has what it takes to succeed in formula one.

Three unexceptional races into his 2010 comeback, the most successful driver in the history of the sport is struggling to motivate a positive review from the world's press corps.

Seven time champion Schumacher, 41, retired early in Sepang with a missing wheel nut, but 24 hours earlier he was outqualified for a third consecutive time by his teammate Nico Rosberg, who went on to achieve Mercedes' first podium of the season.

"I was pacing myself," Schumacher is quoted as saying by the Sun newspaper. "I am not a magician. I need more races."

And to Germany's Bild, he added: "Personally, I am on schedule, but we are not where we want to be with the car. When I was world champion, I always had the car to make me world champion.

"But we're not so far away, as Nico has shown," said Schumacher.

2008 world champion Lewis Hamilton is convinced the great German will soon be back on the pace.

"In a very short time he will be an extremely difficult opponent for all of us," the Briton said in the German press.

Rosberg, 24, told Bild newspaper: "I have the strongest teammate in formula one. If I'm equal with him at the end of the season, it will be a success for me.

"It was always clear he would take a few races, as he's been gone for three years, which is a damn long time," the German added.

And when asked by Spain's El Pais in Malaysia to name the best current drivers in F1, Fernando Alonso replied: "It's hard to say.

"Hamilton, Kubica, Vettel, Massa, Schumacher." But when asked if he thinks any of those five are quicker than him, the Spaniard answered: "I think not."