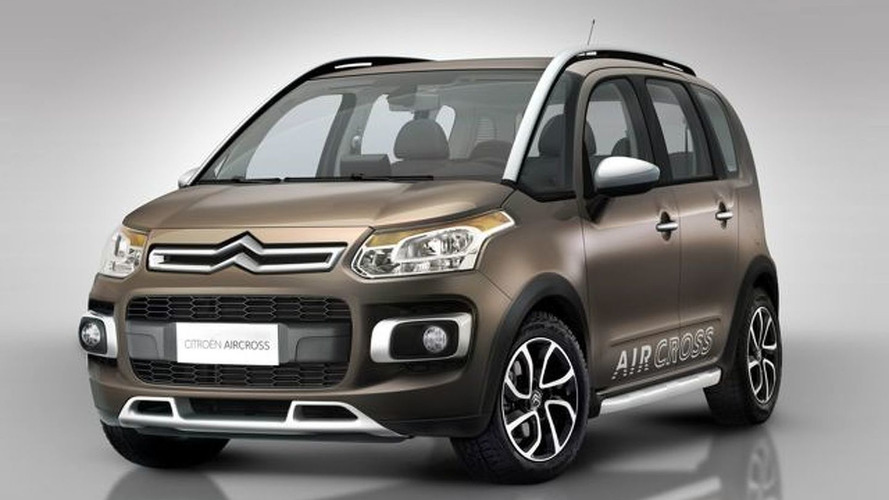 We have pics and details of the new Citroen AirCross, modeled after the C3 Picasso. Find out more inside.

Citroen Brazil used social networking site Twitter to introduce the Citroen AirCross to its fans.  The crossover is meant to be an adventurous version of the C3 Picasso, though little separates the two vehicles.

Our thanks to former WCF writer Gustavo for letting us know about this story.  From his home base in Brazil, Gustavo tells us that the AirCross will be revealed in his country during the second half of 2010.  Since it is based on the Picasso, which debuted at the 2008 Paris Motor Show, it would not be surprising for Citroen to bring the AirCross to Paris in September.

When it debuts, the AirCross will feature visual elements, like a new grille, side skirts, rear-mounted spare tire, and graphics.  Proportions will be slightly different, as the car will be taller due to a higher suspension, and longer because of the spare tire.  The width of the car should remain the same.  Either a 1.6-liter flexfuel engine, or the Citroen C4's 2.0-liter flexfuel engine could be available.

More information about the Citroen AirCross should become available shortly.