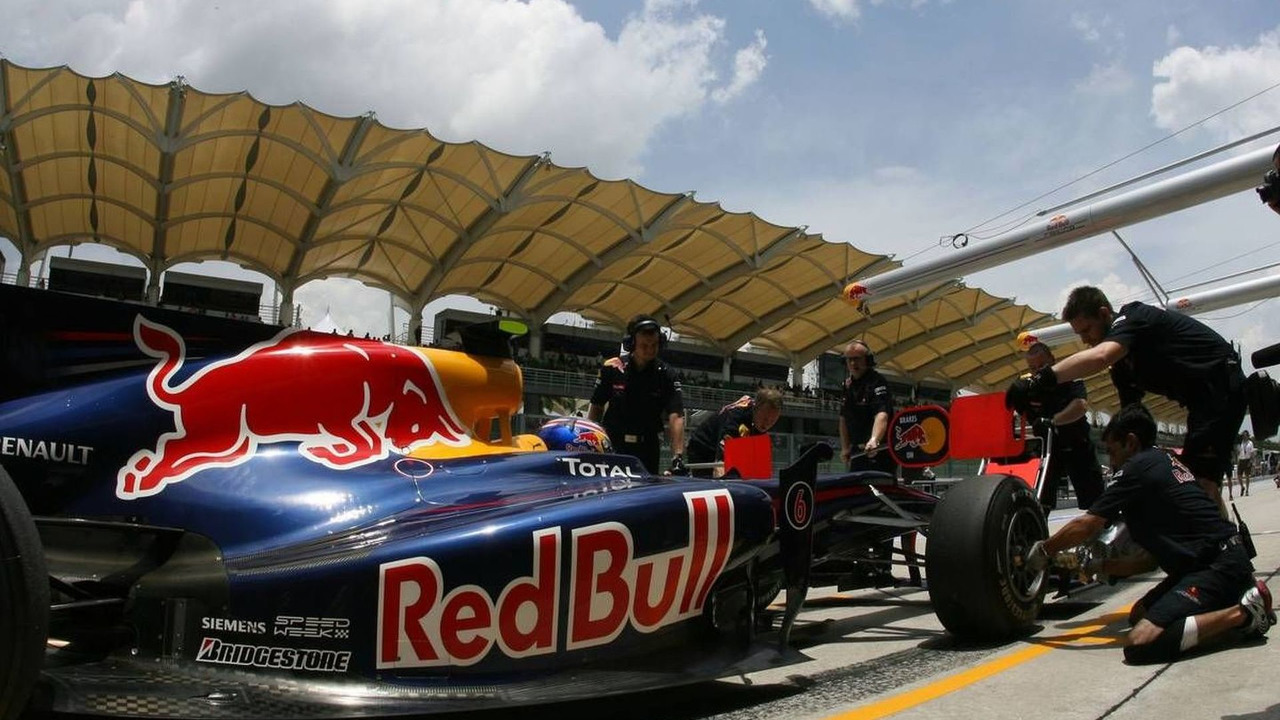 According to a paddock rumour late on Saturday, a simple solution to F1's latest technical controversy is being touted.

According to a paddock rumour late on Saturday, a simple solution to F1's latest technical controversy is being touted.

Some teams suspect Red Bull is somehow regulating the right-height of the RB6 between qualifying and the race, perhaps with an ingenious compressed gas system that can be legally drained or re-filled in parc ferme conditions.

But the truth is that no team is even sure Adrian Newey's car has such a system, let alone any idea about how it might work.

However, the fact remains that a potential grey area in the technical regulations might now be similarly exploited at great cost by many of Red Bull's title rivals.

It is believed the FIA has already been bombarded with clarifications about what the technical and sporting regulations allow, which has caused some officials to consider making a rule tweak.

Germany's Auto Motor und Sport said the new rule would allow a single suspension adjustment between qualifying and the race, which would negate the need for other teams to seek to emulate Red Bull's trick.

But the new rule might at the same time negate Red Bull's advantage, which would be unfair if the system was legal when devised to the word of the existing regulations.

The situation will reportedly be discussed during the next meeting of F1's technical directors.

In an interview with sport1.de, Red Bull's Helmut Marko said any suggestion that the RB6 is veiling an illegal secret is "groundless" and "completely without proof".

"Normally we would not comment. We have come to the races for the technical inspections (scrutineering) and have been thoroughly examined. Again on Thursday, the legality of our car was confirmed absolutely," said the Austrian.