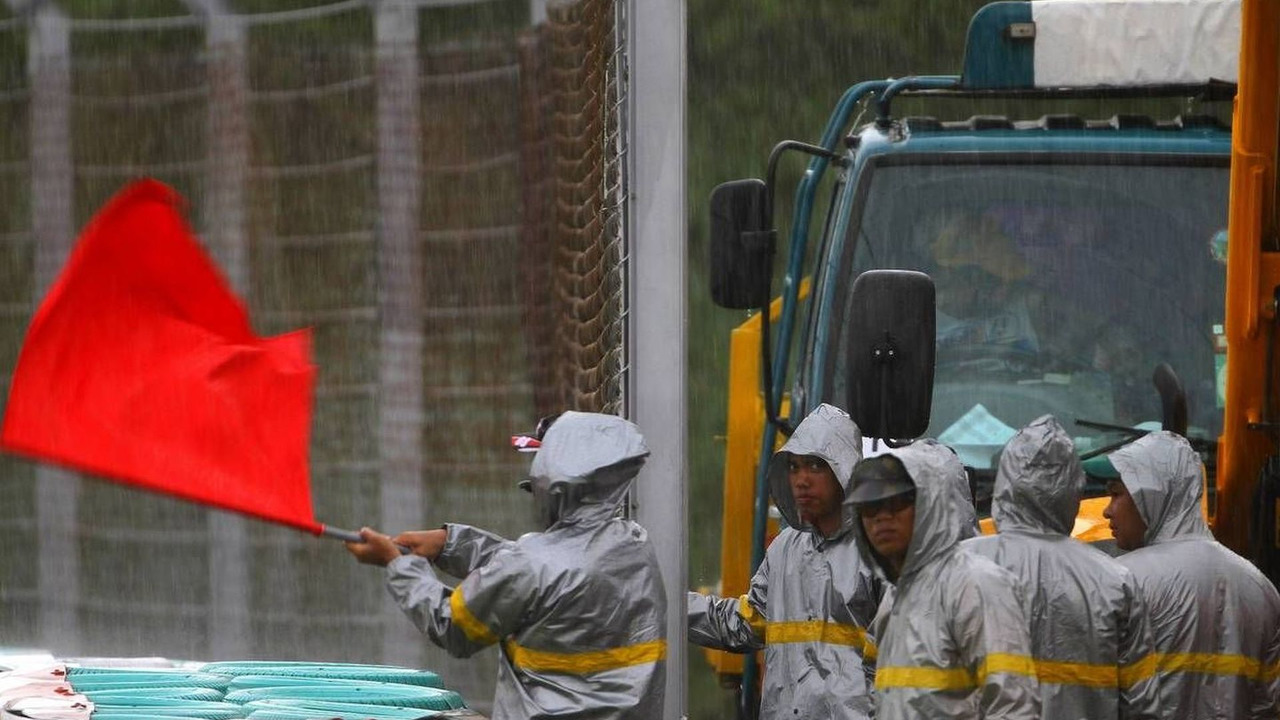 As evening fell at Sepang on Saturday, the paddock chatter was about what the weather might now bring for the Malaysian grand prix.

As evening fell at Sepang on Saturday, the paddock chatter was about what the weather might now bring for the Malaysian grand prix.

True to week-long predictions, the late afternoon downpours arrived right on cue for qualifying, and so disruptive that the red flags had to wave during Q3.

"Malaysian rain is like English tea: it comes around five and it's the same temperature," joked Toro Rosso's Italian engineer Giorgio Ascanelli.

The weather radar played havoc with F1's cleverest top teams, with big title players including the Ferraris and McLarens now stranded down the grid after initially gambling on easing rain.

"The simple fact is that we didn't expect it to rain anymore," said Lewis Hamilton, who is 20th, while his teammate Jenson Button acquaplaned into the gravel and is three places higher.

The Ferraris made the same mistake and also went out in Q1, while Michael Schumacher is disappointed for a different reason: he was simply a second slower in wet Q2 and Q3 than his teammate Nico Rosberg, who is alongside the runaway pole sitter Mark Webber.

And the late Saturday talk is about even heavier ran at 4pm on Sunday, just in time for the start of the race.

"I believe that is the forecast," said Jaime Alguersuari.