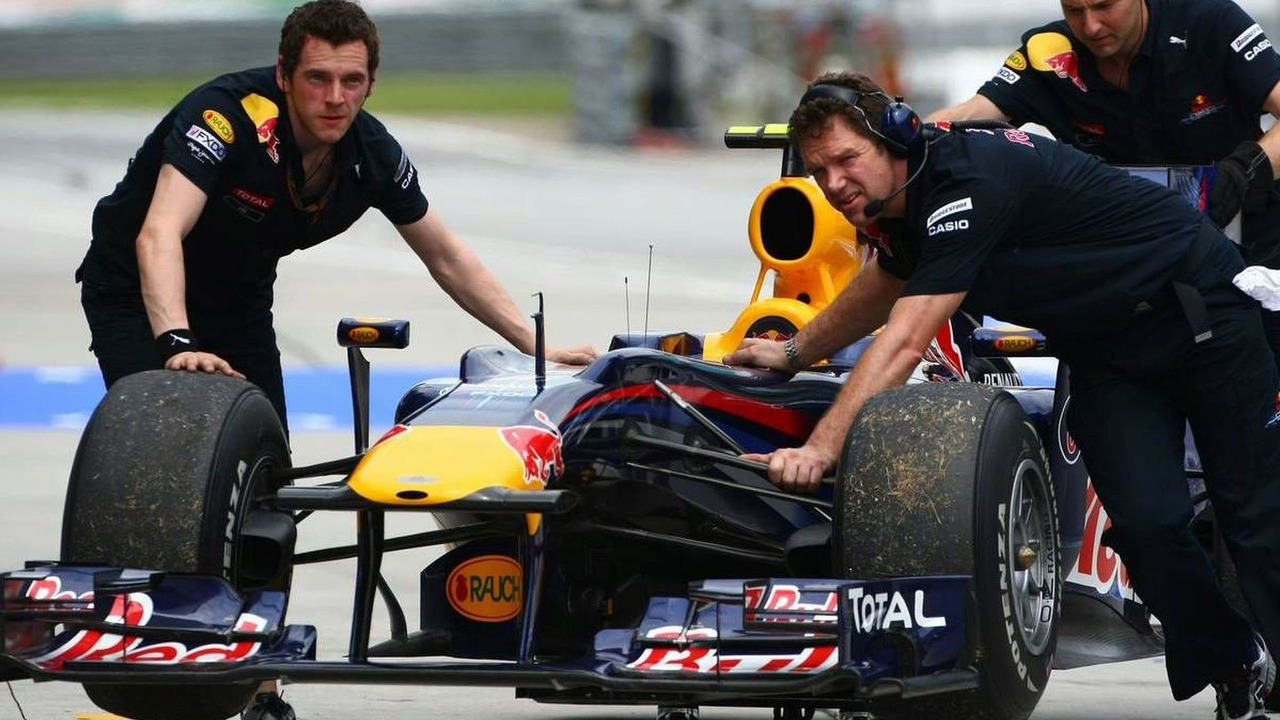 Mark Webber had to retire from second practice at Sepang on Friday with a suspected engine failure.

Mark Webber had to retire from second practice at Sepang on Friday with a suspected engine failure.

After the RB6 was returned to the Red Bull garage with gravel trap stones stuck to its tyres, team members were spotted mopping up puddles of leaked oil shortly afterwards.

It is yet another reliability problem for the highly competitive team, whose back-to-back pole sitter Vettel suffered a spark plug failure and then a wheel problem whilst leading in Bahrain and Australia respectively.

Vettel, 22, then had another wheel problem during first practice in Malaysia, while Webber's sister car returned to the pits at one point with burn damage on the bodywork.

Webber ground to a halt in a gravel trap after a sudden loss of power in the second session, before Vettel said on the radio that he suspected "something" wrong with his power steering.

However, after returning to the pits for checks, he then went on to set the second quickest time of the 90-minute session, behind Lewis Hamilton, whose McLaren was fastest throughout Friday.

The two Mercedes cars were also competitive throughout the 180 minutes of Friday practice, with Nico Rosberg yet again with his nose in front of seven time world champion Michael Schumacher.

Ferrari had an apparently bad day, with Fernando Alonso a second off the pace in the first session, and Felipe Massa a worrying fifteenth quickest in the second session after some problems.

"There is a lot of work to do to prepare (for) the race," read a posting on Ferrari's official Twitter. "We can foresee a very difficult weekend."