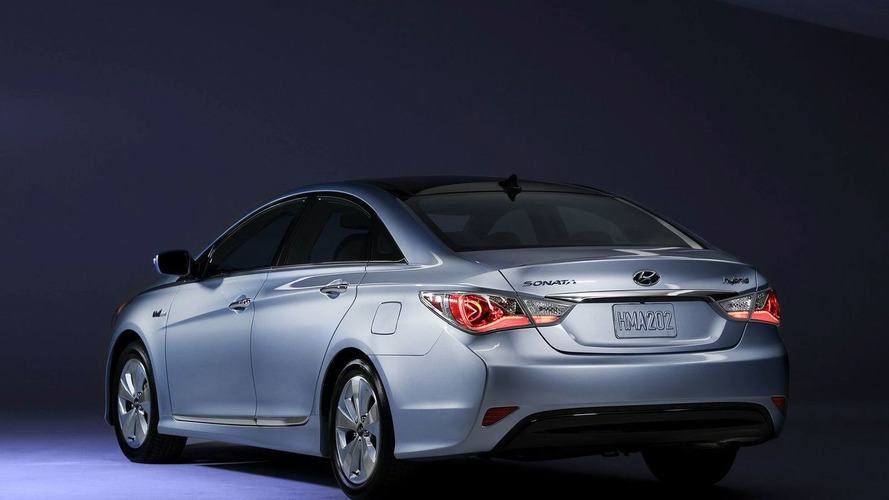 We have photos and details of the 2011 Hyundai Sonata Hybrid, said to be more efficient and powerful than comprable models. Find out more inside.

Korean automaker Hyundai has brought a new hybrid car with Lithium Polymer batteries to the New York Auto Show.  The company says that the Hyundai Sonata Hybrid is more powerful than the hybrid versions of the Ford Fusion, Lexus HS250h, Nissan Altima, and Toyota Camry.

Even still, the automaker says it is more fuel efficient than each of the other four, although the Fusion gets better mileage in the city.

Hyundai claims their car, at 3,457 lbs, weighs the least of the other four vehicles mentioned.  This helps the car's fuel economy, estimated at 37 mpg in the city and 39 mpg on the highway.  The car is capable of driving on all-electric at speeds up to 62mph, but all-electric range was not disclosed.

Features on the car include redesigned aerodynamics that provide a lower drag coefficient, new grille, a different set of wheels, an updated set of interior colors, and a 4.2-inch LCD screen.  You can read more about the car's elements in the press release below.

The new Hyundai Sonata Hybrid will be released for the 2011 model year.