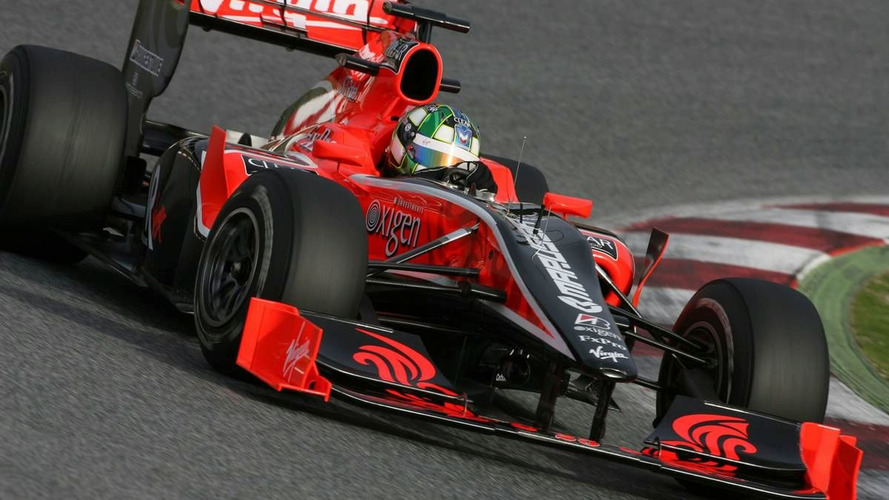 Wirth Research, as distinct from the team Virgin Racing or Manor Motorsport, is set to foot the estimated 1 million pounds sterling bill for redesigning the VR-01 F1 car.

Wirth Research, as distinct from the team Virgin Racing or Manor Motorsport, is set to foot the estimated 1 million pounds sterling bill for redesigning the VR-01 F1 car.

It emerged a few days ago that the outfit was given a green light by the FIA to change its homologated chassis, because the fuel tank was found to be between 15-20 litres too small to power a full race distance.

The revised car, to be ready to debut in Spain in early May, will feature a completely revised chassis and bodywork.

Virgin chief executive Graeme Lowdon said the problem was a "supplier issue"; a phrase repeated by Sir Richard Branson in Melbourne, when he revealed that his reaction to the news about the fuel tank had been "f**k me".

"It will be the supplier whose issue it is who has agreed to redesign it, so it won't actually cost the team anything," the British billionaire added.

It was assumed that the 'supplier' in question was the external fuel tank maker, with rumours in Australia last weekend suggesting the desired capacity had been mistakenly recorded as litres instead of kilograms.

But Nick Wirth, Virgin's technical director but engaged through his separate Oxfordshire-based engineering group, admitted on Wednesday that it is the responsibility of his company Wirth Research to pay for the VR-01 redesign.

Branson tried to put a positive spin on the situation in Melbourne.

"It will actually give the car some practice time. Over the next five races we will learn more and more about the car," he said.