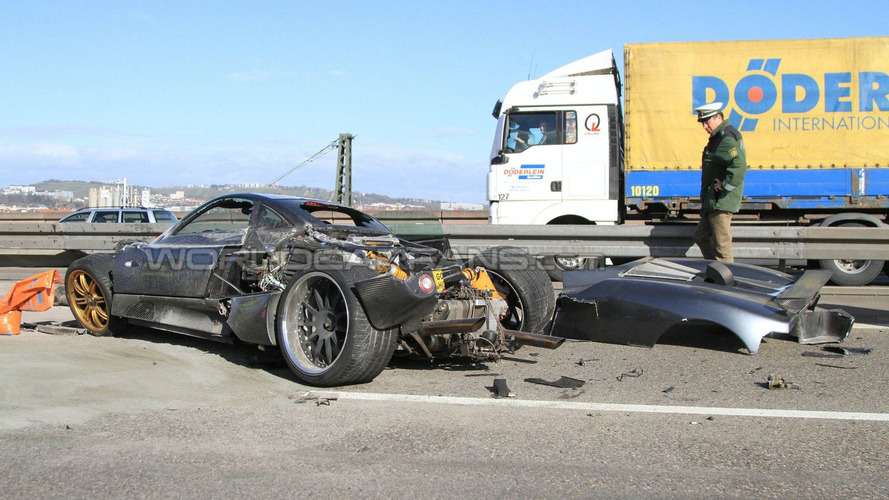 Photos of a horrible looking accident show a destroyed Pagani C9 test car. Luckily, there were no critical injuries in the crash. See the pics and find out more inside.

The test driver behind the wheel of a Pagani C9 prototype is believed to be responsible for a crash that destroyed the early version of the supercar.  Initial unconfirmed reports suggest the driver lost control of the vehicle at high speeds while on Autobahn B14 in Stuttgart, Germany.

There were no other injuries in the one-car accident.

So far, it is unknown how badly the accident will set Pagani engineers back on the development of the Zonda replacement.  It is believed that the C9 was being prepped for a debut in six months at the Paris Motor Show, with a market release soon after.  After vehicle testing in South Africa, the car had been spotted this month in northern Sweden.

It is possible that the test car in Johannesburg with two tailpipes is the same car that crashed in Germany.  The cost of the accident was not yet disclosed, but the finished version of the Pagani C9 could carry a retail price of €900,000.