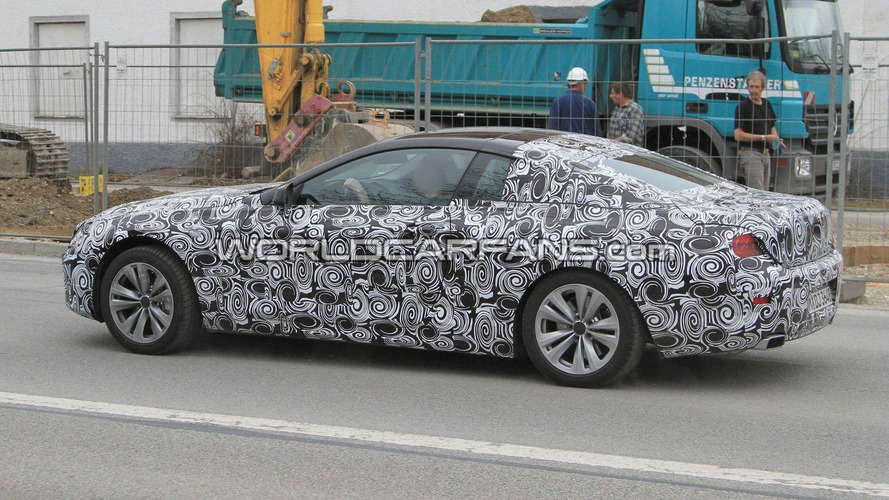 We have a new set of spy photos featuring the 2012 BMW 6-Series Coupe. Find out more inside.

A new set of spy photos showing the third-generation BMW 6-Series Coupe surfaced recently.  Taken on the streets of Munich, the pictures depict a different glimpse of the car's taillights than those that had been spied on the 6-Series cabrio.

Unfortunately, the automaker still used a sizable amount of camouflage around the lighting elements at both the front and back, as well as several body parts.

Still, we are able to see a few aspects of the car quite clearly, including a flatter and smoother back end compared to the current Chris Bangle designed generation model.  Side skills and side panels also receive different styling.  Side windows look similar to those on the spied cabrio, though the rear section of glass will be different because of the hard top.

The 2012 BMW 6-Series will likely hit the market next year.