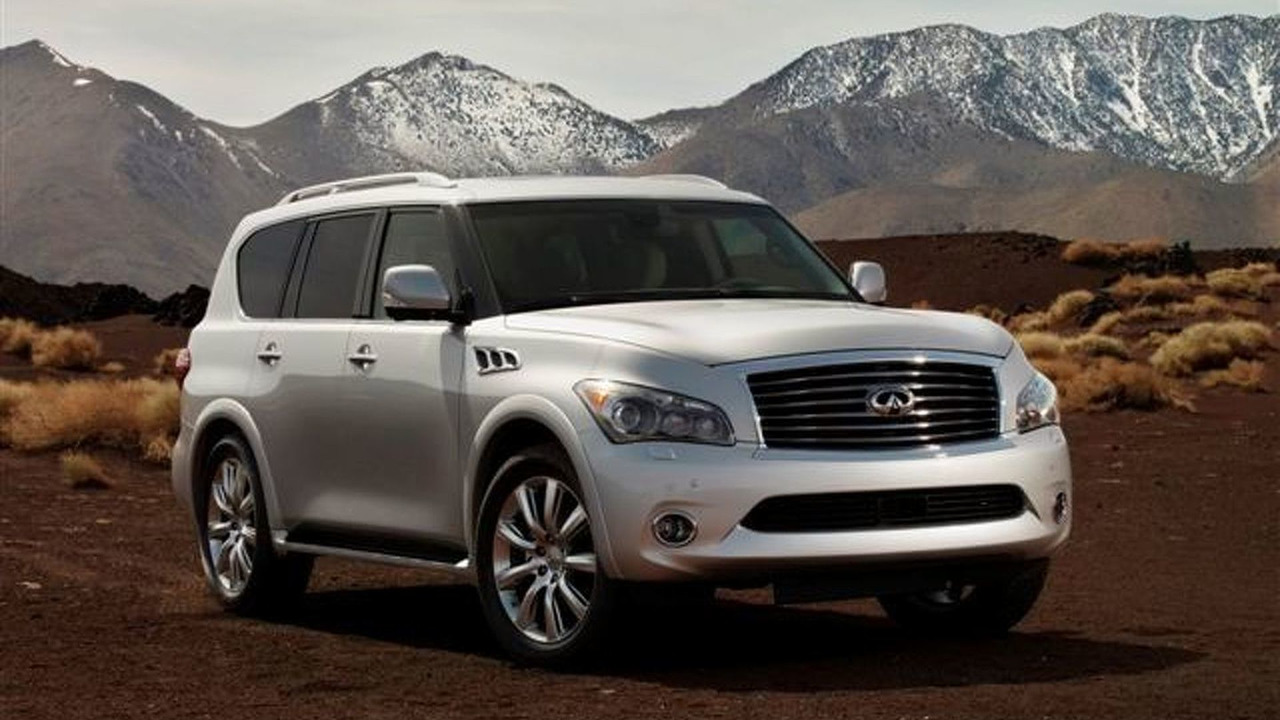 QX56 will likely come with Infiniti's 5.0 liter V8 good for 390 bhp. The full-sized, premium SUV will debut at the New York auto show on Wednesday March 31.

Leaked photos have surfaced online of the upcoming 2011 Inifiniti QX56 which is set to debut at the New York auto show.

The QX56 will be Infiniti's competitor to the Lexus LX in the rather exclusive premium, full-sized SUV segment. It shares the same platform as the new 2010 Nissan Patrol which is based on the Nissan Titan and will likely feature the same 5.0 liter V8 from the Infiniti FX50 which comes with 390 bhp (287 kW).

Design-wise the QX56 remains true to the segment with its rather bulky styling, no less subtle than, perhaps, its sibling the Nissan Patrol. Whether the QX56 can find the proper balance between luxury/comfort and muscular presence remains to be seen. Although, one can argue this isn't a segment that attracts buyers on looks and luxury alone. It is a very particular buyer who goes in search of such a large premium SUV like this. A niche segment that need not please the masses.

More details will likely be released once the QX56 is officially introduced at the New York show on Wednesday March 31.