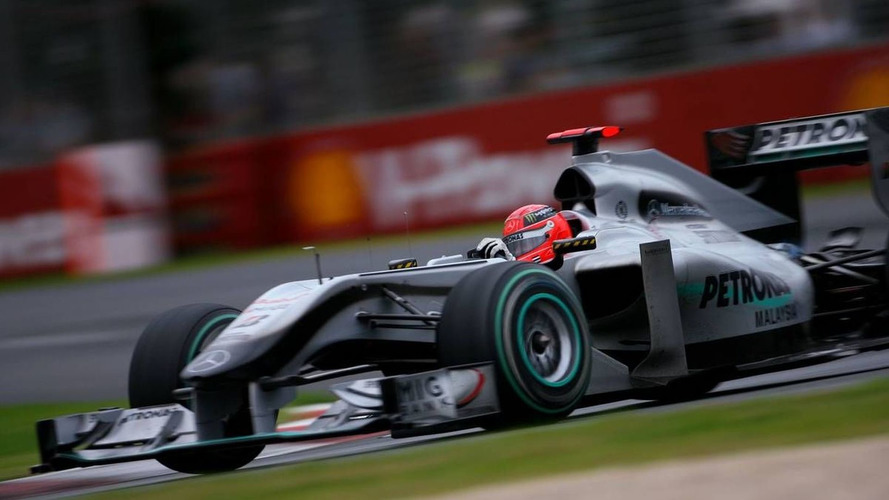 Sections of the world's media scoffed at Michael Schumacher after he finished more than a minute down and tenth of the fourteen runners at the end of Sunday's Australian grand prix.

Sections of the world's media scoffed at Michael Schumacher after he finished more than a minute down and tenth of the fourteen runners at the end of Sunday's Australian grand prix.

For his highly anticipated comeback following three years of retirement in Bahrain two weeks ago, the 41-year-old German was slower than his Mercedes teammate Nico Rosberg all weekend.

The lap time deficit was smaller in Melbourne, scene of four of his record 91 wins, but in the race he suffered the ignominy of wheel-to-wheel battles with the likes of a Toro Rosso and a Virgin.

Britain's Sun newspaper called it "an anonymous afternoon" for the great German.

"That's not what Mercedes have paid him 30 million to come out of retirement for. At this rate, Schumacher may not see out the first season of his three-year deal," predicted the writer.

"The (W01) car is not the best, but one of its drivers - the one with seven titles and earning 30 million - seems to have lost the instructions.

"The proof? He was overtaken by the Virgin, and Badoer was crucified for much less (in 2009).

"Are we confident that Michael Schumacher is really under that red helmet? Perhaps Montezemolo was right when he said it is his twin," the article added.

Schumacher, however, said he was happy with his performance, after pitting early on to replace a damaged front wing.

"That incident decided my race, obviously," he insisted. "I was still having fun as our pace today was promising and for part of the race, we were going quicker than the top group."