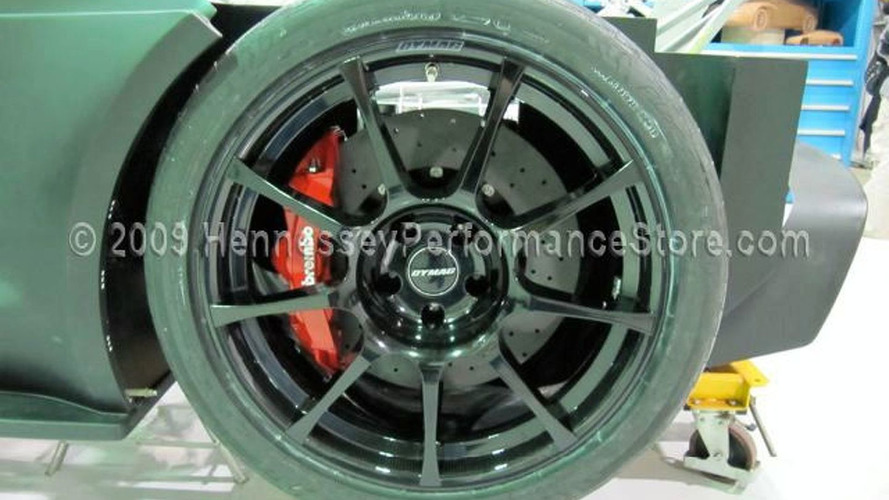 After several delays, Hennessey Performance has released the first official images of the Venom GT supercar.

After several delays, Hennessey Performance has released the first official images of the Venom GT supercar.

Other performance goodies include a Brembo braking system (with 6-piston calipers up front and 4-piston calipers in rear clamping down on 15-inch carbon ceramic rotors), a Ricardo six-speed gearbox, a programmable traction control system, an adjustable suspension, and Michelin PS2 tires.

According to John Hennessey, "This is not the first time that Britain and America have joined forces to produce a weapon of mass propulsion. Over fifty years ago the American-built P-51 Mustang fighter aircraft was flown into history powered by a British Rolls-Royce Merlin engine. Today the Hennessey Venom GT promises to set a new standard of power to weight ratio in the rarefied air of today's supercar market."