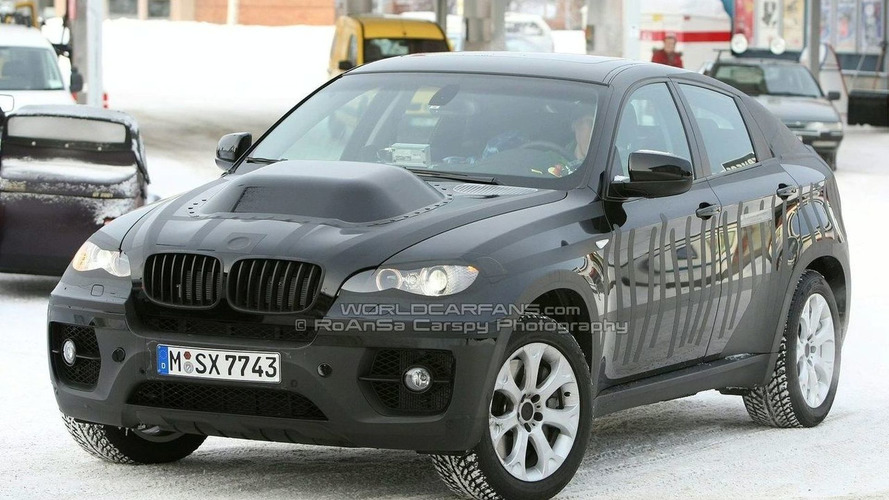 Our spy photographers caught this camouflaged BMW X6 ActiveHybrid, which is slated to be BMW's first hybrid-powered coupe.

This is no regular BMW X6. I mean, look at that power dome! Our spy photographers caught this camouflaged BMW X6 ActiveHybrid, which is slated to be BMW's first hybrid-powered coupe - yes, the BMW X6 is officially a four-door coupe, a definition shattering notions about modern-day coupes.

The engine is a two-mode hybrid gasoline-electric engine developed in co-operation with GM and Daimler and should cut fuel consumption by 20 percent. Just like with all hybrid cars, the X6 ActiveHybrid runs either on electric power or uses an internal combustion, depending on whether the car runs at a low or high speed and generates energy from braking. Apparently the colossal power dome is there just for testing purposes, who'd thought that?

According to our sources the car will be ready for a launch by mid-2009 for the 2010 model year. Enjoy the pictures and stay tuned for more news. In the mean time, take a look at BMW's official press release from September.