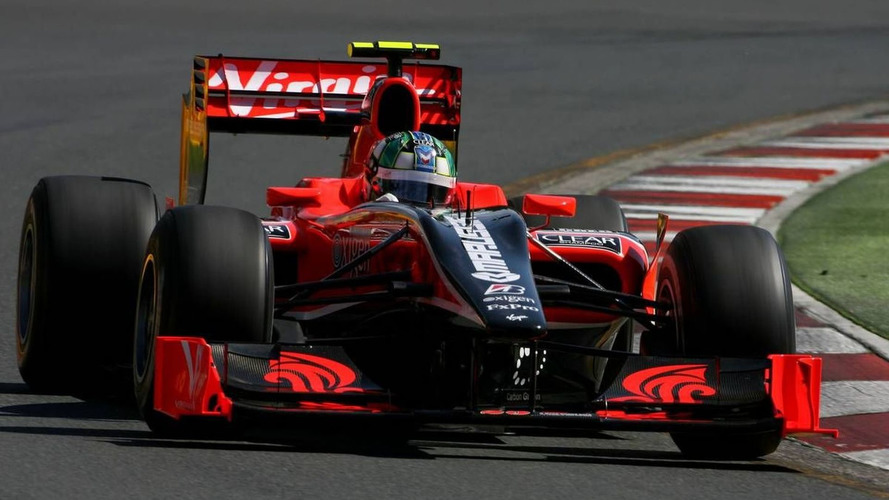 Sir Richard Branson's arrival at the Albert Park circuit on Saturday coincided with an unfortunate headline in Britain's The Sun tabloid.

Sir Richard Branson's arrival at the Albert Park circuit on Saturday coincided with an unfortunate headline in Britain's The Sun tabloid.

The headline said the British billionaire's "Virgin won't go all the way"; a cheeky reference to the bizarre story about the VR-01 car's fuel tank being not big enough to last a full race distance.

The newspaper said the new team is now the "laughing stock of F1", and that the car's redesign will cost Branson a million pounds.

Said a rival team boss: "It sounds to me as if they missed a decimal point."

The Daily Telegraph broadsheet was less unkind, but nonetheless reflected the amazement in the paddock about how the blunder could have been made by the team.

"The three other Cosworth-supplied teams did not make the same mistake despite the same fuel consumption," read the article.

But Virgin chief executive Graeme Lowdon told BBC radio that the problem is a "supplier issue", coinciding with suggestions the fuel tank was supplied by a different company than the rest of the 2010 field.