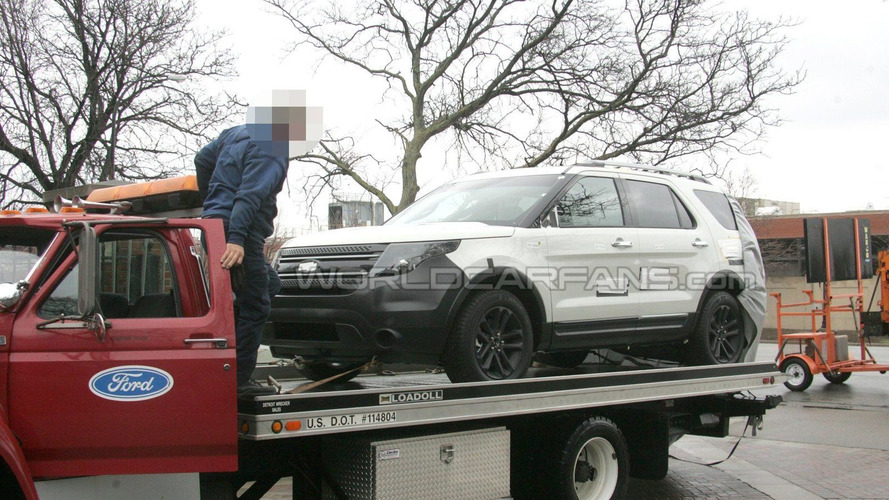 Our spies have caught the 2011 Ford Explorer undisguised. See the pictures inside.

Our spies have caught the 2011 Ford Explorer undisguised. The spy photographer states, "We caught a Ford Explorer completely camouflage-free when a gust of wind yanked the cover off of a covered prototype during transit. We snapped a series of photos of the clean prototype while the poor transport driver scrambled to recover the sensitive cargo."

Inspired by the Explorer America concept, which debuted at the 2008 North American International Auto Show, the production model resembles the Escape and the Edge. It features a bold grille, projector-beam headlights, and sculpted doors.

Riding on the same platform as the redesigned Taurus, the Explorer will come standard with front-wheel drive (all-wheel drive will be optional) and also feature for the first time inflatable seat belts.

With production scheduled to begin later this year, look for a possible unveiling at the New York Auto Show next week.