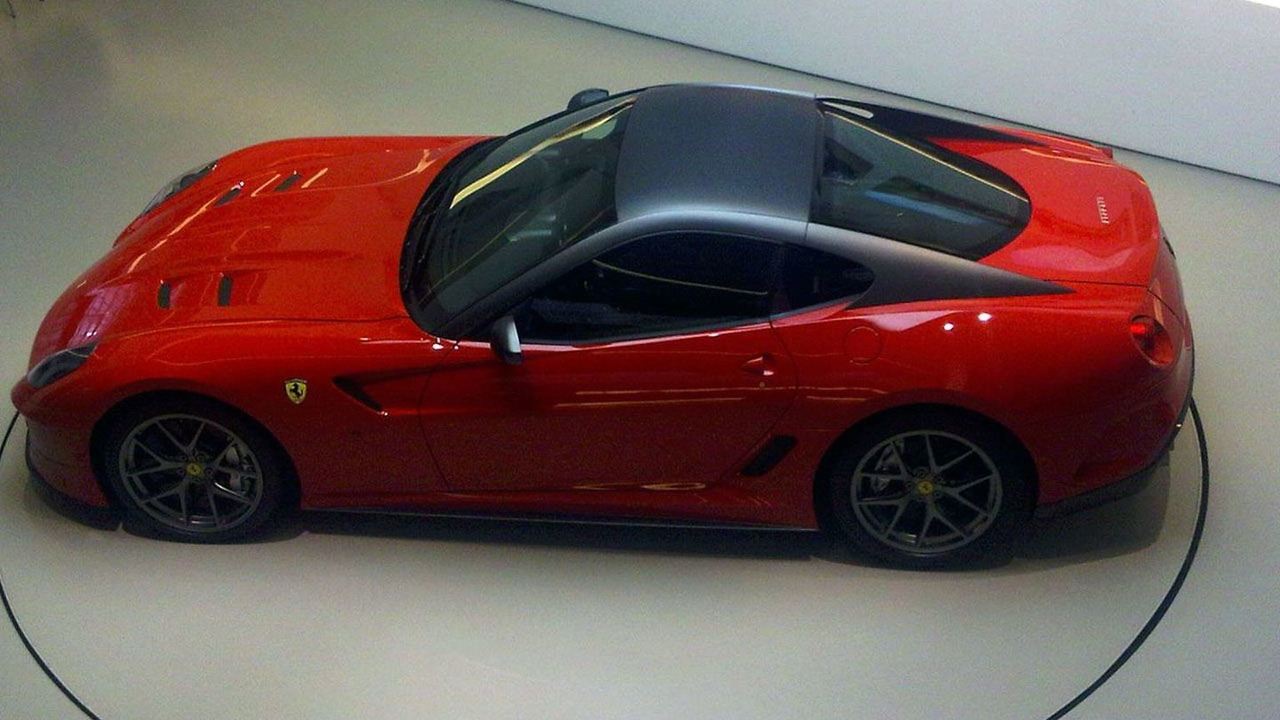 We have new pics of a seemingly-final version of the Ferrari 599 GTO... and it looks hot. Find out more inside.

Newly leaked photos of the Ferrari 599 GTO show a car that is as clean and finely-styled as we could have expected.  The car looks to be a finished product that has an aggressive look that had been missing in previous spy pics.

The pictures were scored by Teamspeed.com member Jiaim, a car fan supposedly based in France.  These photos also display the same two-tone look seen earlier, something some may not like.

When it is released, the Ferrari 599 GTO is expected to have a base price of €267,136, not including tax.  A leaked European pricing list shows the car having a great deal of options available, ranging from the uber-expensive paint job in a 1950s or 1960s pigment (€7,050 excl.), to the surprisingly not standard off switch for the passenger airbag (€400 excl.).