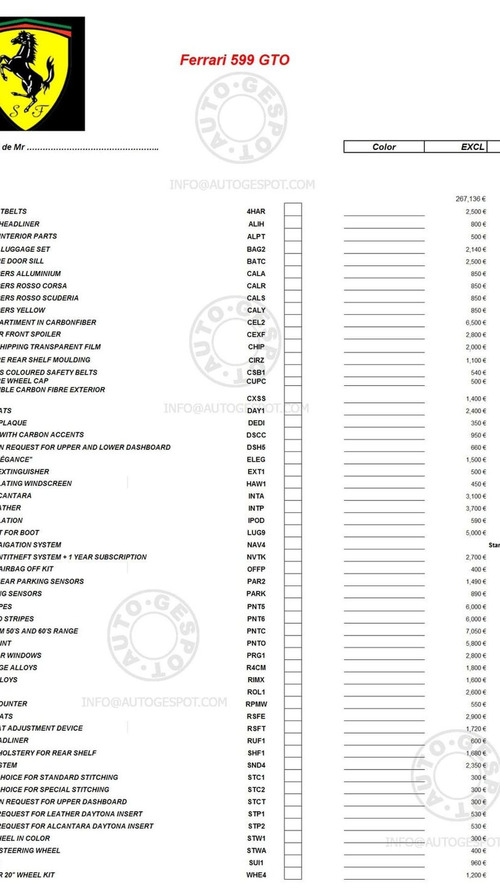 Following a purported picture leak, the pricing list for the Ferrari 599 GTO has surfaced.