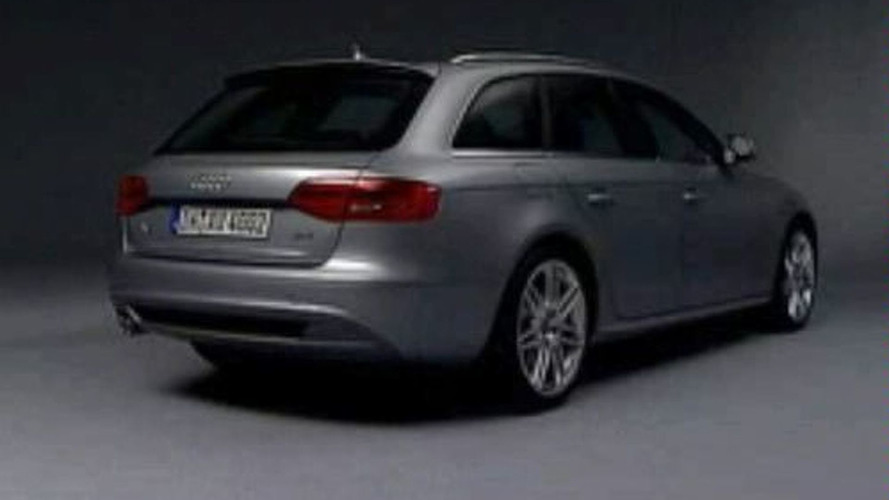 The A4 station wagon version will appear in Geneva and be sold with a starting price of at â‚¬ 27,550

The Audi A4 has had a brilliant start. About 33,000 consumers unable to wait for first units to arrive at dealers ordered theirs beforehand.  In addition the car has won several prizes, such as the “Golden Steering Wheel” as best midsize car by Bild am Sonntag newspaper, among others. Natural to expect the station wagon to face a similar fate, and now we will be able to confirm that, since the A4 Avant has finally been revealed by Audi.

Its first public appearance will happen at the Geneva Motor Show, with sales soon after that in Germany. Besides the new (and attractive) looks, the A4 Avant is 12 cm bigger than its predecessor (reaching 4.70 m long) and its luggage compartment now holds up to 490 l. Considering this is an Audi, performance counts as much as space, and the new engines provide a good deal of that.

The new station wagon will have two petrol engines and two diesels. In the first case, the engines will initially be the 1.8 TFSI, generating 160 hp, and the 3.2 FSI, the most powerful of the line, delivering 265 hp. Concerning the diesel units, the entry level is the 2.0 TDI, which has two specifications, the first one with 143 hp and the second with 170 hp. The top engine is the 3.0 TDI, a mechanical wonder able to pump out 240 hp and to take the A4 Avant to a maximum speed of 250 km/h and from 0 to 100 km/h in 6.3 s.

It seems success will not be limited to the sedan. Expect the A4 line to have even more additions, such as the Allroad version recently spied cold weather testing in Scandinavia.  Wait for the months (and auto shows) to come.