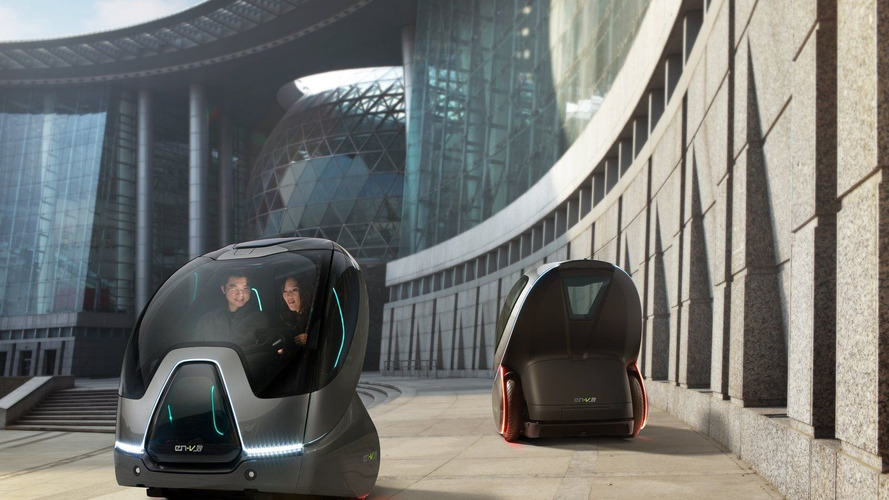 We have photos, sketches, and information on the new GM EN-V concept, set for an introduction in Shanghai, China.

The location is an excellent venue to display such a vehicle.  Shanghai has the largest number of people living in the city proper than any other place in the world.  With nearly 20 million people living in the entire metropolitan area, the city's traffic is notoriously bad.  The EN-V will be shown in the SAIC-GM Pavillion with a system meant to clear up Shanghai's traffic jams.

However, the EN-V, or Electric Networked-Vehicle, is not just meant for cities in China.  The two automakers, along with Segway, worked to develop the machine for metropolitan areas worldwide, where 60% of the world's population is expected to live by 2030.

With GPS and vehicle-to-vehicle communication the machine has an ability to choose its own driving route.  Cameras and sensors around the EN-V allow it to react to a changing environment and avoid accidents.

Electric motors built into the wheels are powered by lithium-ion batteries with a 40 km range.  Recharge time was not disclosed, but the vehicle can be plugged into a household outlet.  The EN-V is a development on Segway's Personal Urban Mobility and Accessibility concept shown off last April.  Engineers used acryllic, carbon fiber and Lexan to keep vehicle weight at 500 kilograms (1102 lbs).

The SAIC-GM EN-V will be on display in Shangai beginning on May 1.  You can read more about the EN-V in the press release below.