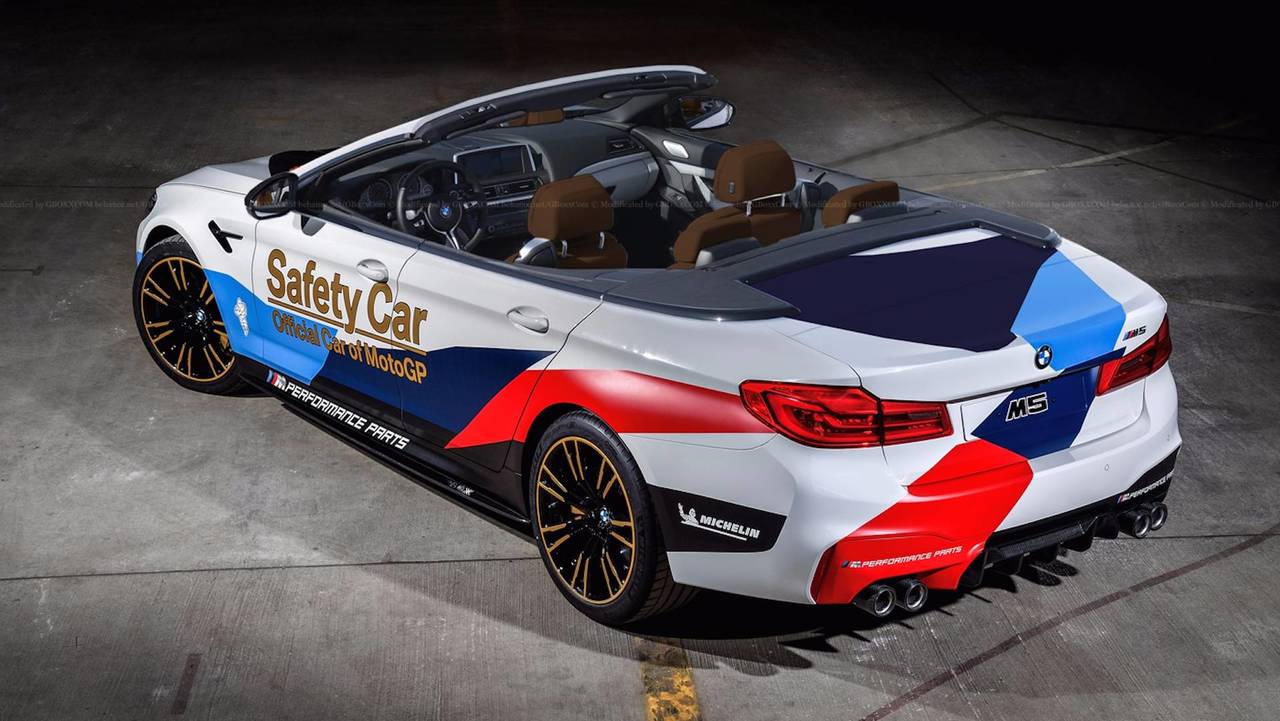 One artist has imagined the sports sedan sans roof – love it or hate it?

BMW debut its new M5 sports sedan just a few months ago, and in doing so, it introduced the world to its more powerful 4.4-liter biturbo V8, which delivers a whopping 600 horsepower (447 kilowatts) and 553 pound-feet (750 Newton-meters) of torque. That new engine makes it the quickest, most powerful M5 to date. Question is, how would that same 600-hp sedan look without a roof?

Rendering artist Aksyonov Nikita has given us exactly what we've asked. This is what the new BMW M5 would look like if someone ripped the roof off of it. Underneath the handsome-looking MotoGP Safety Car livery lies the same stunning M5 that made its debut this August at the Frankfurt Motor Show – but now we get a look at the exposed chocolate-colored brown leather interior.

The exterior wears all of the same M Performance bits you’ll find on the M5 Coupe. The front fascia is visually dominated by a carbon fiber front splitter and accenting carbon fiber vents. The signature dual kidney grille remains, and a set of MotoGP Safety Car lights are located just above the front splitter. The wheels are the same set you’ll find on the standard M5, but with some subtle gold trim to match the MotoGP livery.

The biggest draw here, though, is the departure of the roof, of course. The M5 looks surprisingly good with its top down. The four-door setup remains in tact, as do the back seats. Realistically, the chances that BMW would actually build something like this are slim to none – but it’s fun to look at nonetheless.

While buyers may not be able to take home a drop-top version of the M5 sedan, they should be fine settling for the standard fixed-top version. The new 600-hp engine comes paired to a first-ever M all-wheel-drive system, which allows for a 0-60 mph sprint of just 3.4 seconds, on to a limited top speed of 155 mph (250 kmh).