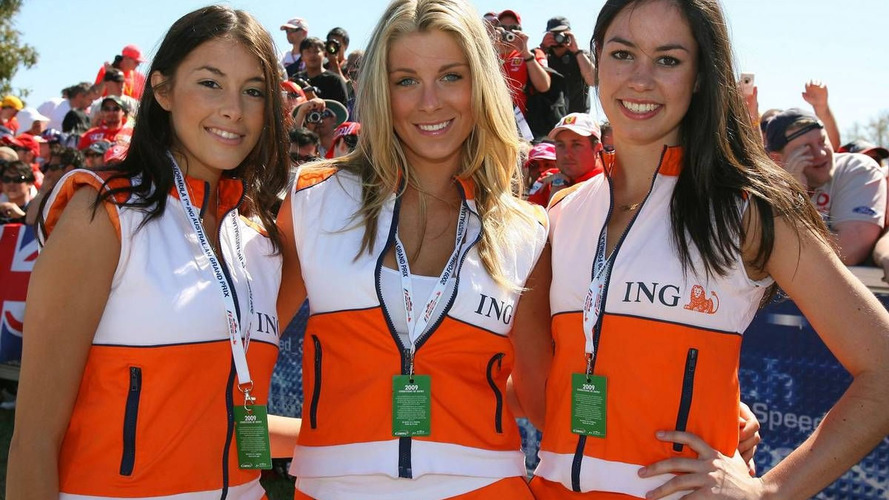 Nico Rosberg tried to check into his room at Melbourne's Crown Casino this week only to find that it wasn't ready.

Nico Rosberg tried to check into his room at Melbourne's Crown Casino this week only to find that it wasn't ready.

Earlier, the Mercedes driver had expressed reservations about Sunday's 5pm 'twilight' race start time, after the 2009 event finished with the low sun in drivers' eyes.

Reigning world champion Jenson Button agreed that the situation, also with long and dark shadows across the track, is potentially "dangerous".

But Force India's Tonio Liuzzi, who was in Melbourne last year but not actually racing, said on Tuesday: "It wasn't a real problem -- there was just one corner where the sun was very low and it was maybe a bit harder to see but everywhere else it was ok."

For a sponsor promotional event, Button got a taste of Australia's premier V8 Supercar series for a few laps at Albert Park on Tuesday, and afterwards did not rule out a future Down Under.

"If the possibility arose in the future it would be very exciting," said the McLaren driver.

Button, 30, also did not rule out finishing this weekend on the podium, but with rival team Mercedes playing down its chances, teammate Lewis Hamilton agrees that the McLarens will probably be behind the pace set by Red Bull and Ferrari.

"It's a battle between us and Mercedes to see who can step up and improve faster and do a better job," said Hamilton, who on Monday was in Los Angeles to watch his girlfriend Nicole Scherzinger dance on the US television show Dancing With The Stars.

Button's car swap with local star Jamie Whincup aside, there has been some F1 track action between Bahrain and Australia, including Ferrari youngsters Mirko Bortolotti, Daniel Zampieri and Jules Bianchi at the wheel of a two-year-old F2008 at Fiorano.

And Renault testers Jerome d'Ambrosio and Jan Charouz were in a 2010-liveried R29 (2009 car) for a short test at Silverstone.

The fallout of the much-derided 'Bore-rain' season opener has also continued this week, with former Minardi boss Paul Stoddart saying in Melbourne that F1's authorities should quickly "fix it up".

But Ferrari team boss Stefano Domenicali, having watched his drivers Fernando Alonso and Felipe Massa finish first and second in Bahrain, does not agree.

"I would be perfectly happy with that (new formula) if it means the Scuderia will finish first and second in every race!" he joked.

Along with McLaren, Mercedes and Renault, it has emerged that Force India will also field a revised diffuser in Melbourne, following the FIA's post-Bahrain rule clarification about the size of engine starter holes.

The Silverstone based team confirmed that Adrian Sutil will sit out Friday morning practice in Melbourne in deference to reserve driver Paul di Resta, but boss Vijay Mallya insists both Sutil and teammate Tonio Liuzzi are "very supportive" of the initiative to support the rookie Scot.

Full time DTM driver di Resta, 23, said: "I'm not going to come out and try and set fastest times -- it's about feeding my information back into the race schedule, helping the team and learning as much as I can."

HRT's Karun Chandhok is just hoping for more than a handful of laps this weekend, which is all he got throughout his grand prix debut in Bahrain.

"I knew my F1 debut was going to be tough," said the Indian, "but never realised it would be so tough."

F1's new teams have copped a lot of criticism lately, but Lotus technical boss Mike Gascoyne's message couldn't be clearer, as he insisted "we're here, we're racing ... f**k you!" in the pages of the online GPWeek.

Meanwhile, spokesmen for Mercedes and Deutsche Post responded cautiously to reports the German company is set to sponsor the German formula one team.

After Cologne's Express newspaper reported Norbert Haug meeting this week with Deutsche Post/DHL officials, the Mercedes spokesman said: "Mr Haug is always visiting (someone). If there is something to announce, we will."