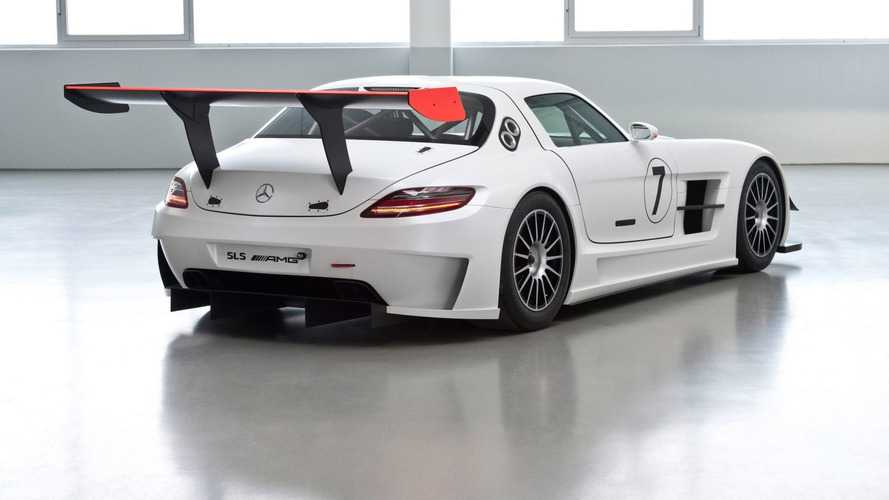 GT3 racer variant of the SLS AMG will come with an unspecified power boost and a lack of cabin comforts - and that massive rear wing too.

Here are some of the first photos (leaked) of the Mercedes SLS AMG GT3 racer.

Naturally, the interior is completely stripped of all creature comforts such as navigation and air conditioning in favor of carbon fiber buckets and center console, an LED display instrument cluster, racing steering wheel, fire suspression system and roll cage.

The Mercedes SLS AMG GT3 racer will likely debut in the spring of 2011.  Official details and biger photos are expected to be released on 27 March.