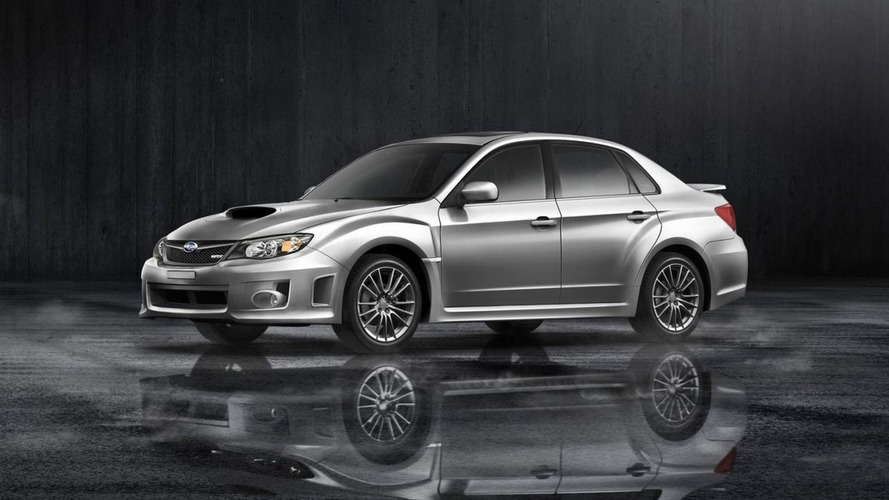 We have pics and details of the 2011 Subaru Impreza WRX facelift, now with a widebody. The story inside.

Subaru plans to introduce the facelifted 2011 Subaru Impreza WRX at the New York Auto Show in April.  The remodeled car will get a new, wider body with elements taken from the STI.

The all-wheel drive car winds up with a 1.5-inch increase to both the front and rear track.  Large fender flares can also be seen, as well as a new set of 17-inch wheels that are now 1-inch wider than the 17x7-inchers used on the 2010 model year car.  These changes contribute to a weight increase of 33 lbs (15 kg).

"The new wide-body designs mark another major step on the continuous evolution of the WRX to give driving enthusiasts an even more compelling all-wheel drive performance package," said Subaru exec Tom Doll.

What the new wide-body really does is further bridge the gap between the standard WRX and the WRX STI.  The look applies to both the four- and five-door models.  No change was made to the 2.5-liter four-cylinder Boxer engine producing 265 horsepower (269 PS / 198 kW) and up to 244 ft-lb of torque.

Also featured on the car is a new grille, redesigned headlights, and updated fog lamps.  The car's interior is lined in checkered carbon black upholstery with red stitching.

The 2011 Subaru Impreza WRX will be unveiled the first week of April at the New York Auto Show.