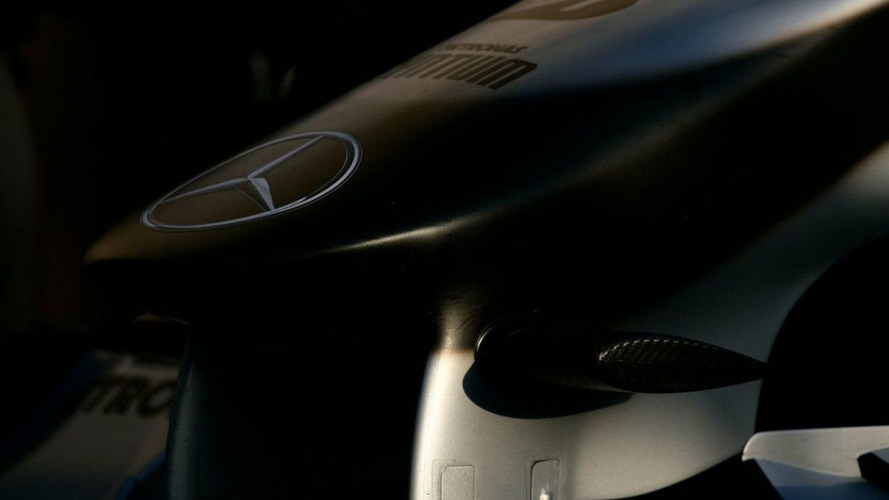 Mercedes hopes to race ahead in the pitstop department starting with this weekend's Australian grand prix.

Mercedes hopes to race ahead in the pitstop department starting with this weekend's Australian grand prix.

Team boss Ross Brawn has admitted that the W01 is not currently on the pace of the frontrunners, but that steps over the "next few races" should bring it closer to the lead.

But the German weekly Der Spiegel claims that the Brackley based team could immediately lead the pack in terms of the speed of its tyre-only pitstops in Melbourne and beyond.

A newly-shaped front jack has been designed so that mechanics can get to work more quickly on removing the old wheels and fitting new ones.

Ahead of the Bahrain season opener, it emerged from Red Bull that the actual wheel-changing time was as short as 1.8 seconds, even though the total stationary time of a good pitstop was closer to 3.5 to 4 seconds.

A Mercedes spokesman confirmed that a sub-3.5 second pitstop was until now a "great result".

But in the near future, "2.5 seconds would be a realistic goal", he added.