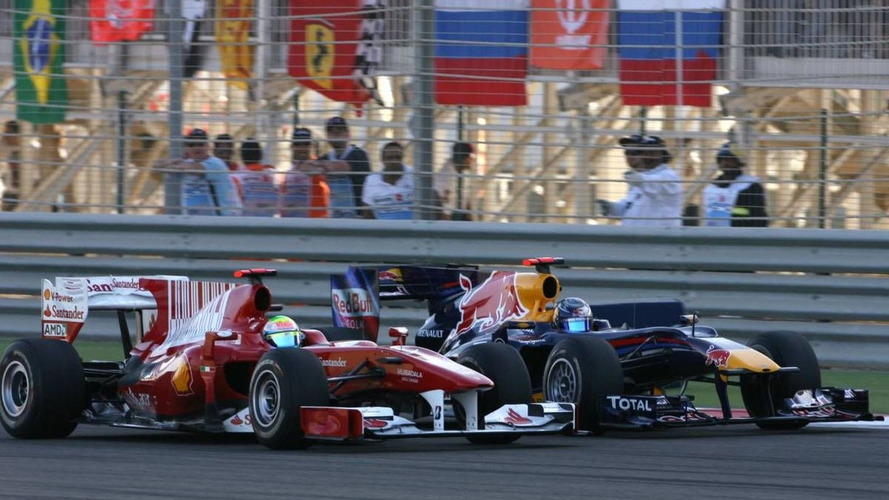 Felipe Massa does not agree with Lewis Hamilton that Red Bull's car is "ridiculously" faster than the rest of the 2010 field.

Felipe Massa does not agree with Lewis Hamilton that Red Bull's car is "ridiculously" faster than the rest of the 2010 field.

Having finished third behind the Ferraris in Bahrain, after Sebastian Vettel's pole-setting RB6 dropped behind with a problem, McLaren driver Hamilton told British reporters at the weekend that the performance advantage enjoyed by Red Bull is "insane".

But Ferrari's Massa, who qualified just over a tenth behind Vettel in Bahrain, is not as downbeat as Hamilton about the pace of the Adrian Newey-penned Red Bull.

"In testing, the Red Bull might not have been the quickest car in terms of lap times, but I had noticed their pace over the longer runs had been very strong, so its speed in Bahrain qualifying was not a surprise.

"Overall, we were very similar and that reinforces the need to try and improve our car at every race through the season," said the Brazilian.

Massa believes Ferrari was even quicker in Bahrain than Red Bull on the harder of the two Bridgestone tyres.