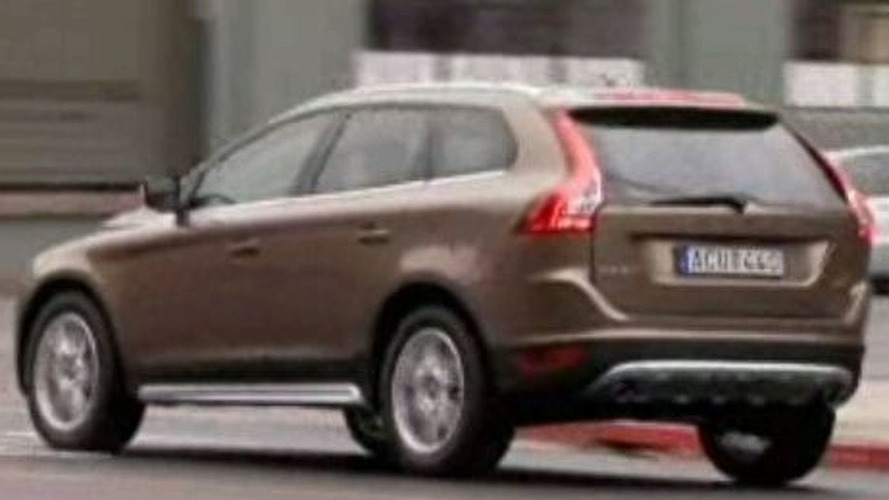 Details have been released about the new Volvo XC60 crossover vehicle, and it looks like the production model will not be as environmentally friendly as last year's concept.

In advance of its world debut at the Geneva Motor Show in early March, details have been released about the new Volvo XC60 crossover vehicle.  We first heard about the Volvo XC60 in the buildup to its release as a concept vehicle at the NAIAS in January '07, when it was expected to have an optional 3.0-liter flex-fuel engine choice.  This choice, which would have cut emissions by 80% does not appear to be in the cards for the first two years of the vehicle's production.

Buyers will be able to choose between three engines, including the turbocharged T6, which cranks out 281 horsepower.  Other options include two different D5 turbodiesels, rated at 163 and 185 horsepower.  The 163 hp 2.4-liter diesel is the only Euro5 compliant of the three.

Production of the compact premium SUV includes "intelligent safety systems" like City Safety, meant to assist the driver in avoiding low-speed impacts.  The car automatically brakes if the driver does not react when closing in on a vehicle, at the very least reducing the effect of impact.  This feature comes standard on the XC60, something Volvo claims is a first.

As a concept, the XC60 was meant to blaze a trail for future Volvos, with a bolder grille, a large logo badge, split tailgate, and a more noticeable rear.  Volvo design director Steve Mattin clearly had this distinctiveness in mind, saying, "If you can recognise a Volvo from 50 metres today, I want to get to the point where people will be able to spot one from twice the distance in the future."

Now, over a year later, Mattin is still singing the same song.  “This car is charged with more emotive form and more energy than any other Volvo. We’re elevating our design DNA to an entirely new level by literally turning up the visual volume," he said.  Mattin also exaggerated a bit beyond last year's statement, literally saying the same thing only doubling the distance himself.  "If you say that you’d recognise a Volvo from a hundred metres away today, I dare say the XC60 radiates a clear Volvo presence from at least twice that distance.”

Volvo expects to sell 50,000 XC60s per year, with sales being heaviest in the US, Germany, Great Britain, Russia, and China.  Being built in Ghent, Belgium, sales will begin in Europe during Fall 2008, with North American sales starting early next year.