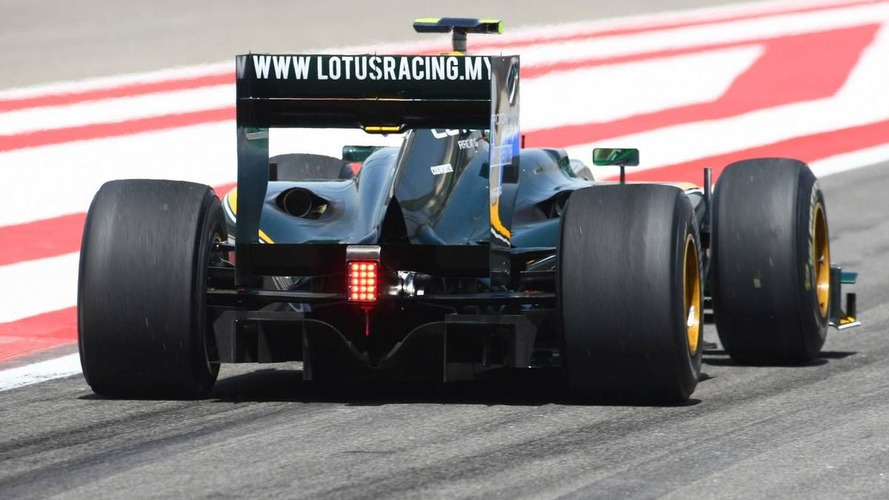 According to former Swiss F1 driver and commentator Marc Surer, F1's three new teams are playing in a "third class" this season.

According to former Swiss F1 driver and commentator Marc Surer, F1's three new teams are playing in a "third class" this season.

But Mike Gascoyne, the technical boss of the new Malaysian backed team Lotus, has revealed that the battle at the back is actually a dash for many millions.

The Norfolk-based squad was delighted to bring both of its cars to the chequered flag in Bahrain, even if by the end, Jarno Trulli's green T127 was truly limping.

But with 12 teams now on the grid, it is a fact that only one of the new teams will finish the 2010 constructors' championship among the top ten, therefore unlocking the financial benefits of the Concorde Agreement.

"At the next three races, it is important just to finish," Gascoyne confirmed in an interview with the Dutch Formule 1 Race Report.

"For now we focus on reliability. To score points is not realistic, but tenth place in the constructors' is the goal, because it is worth a lot of money.

"There will probably be no points (for the new teams), so the finishing places will be important -- so one eleventh, twelfth or thirteenth place may eventually yield millions," the Briton added.

Lotus has also earned an early reputation as arguably F1's most open team, with some observers amazed about the live information given away by Gascoyne throughout the Bahrain weekend.

Referring to an advance warning about an impending pitstop posted on Twitter via Gascoyne's mobile phone, Germany's Auto Motor und Sport marvelled: "Can you imagine such a thing from McLaren, Ferrari and Co.?"

The Formula 1 Race Report reporter was also surprised after spending time within the actual walls of the Lotus garage during track sessions in Bahrain.

"We want to be open and transparent about what we are doing. And why not?" said Gascoyne.

"(Boss) Tony Fernandes is a big supporter of this, so we are going to try to tell everyone what is going on rather than hiding it or being cagey.

"We want to distinguish ourselves in that way," he added.