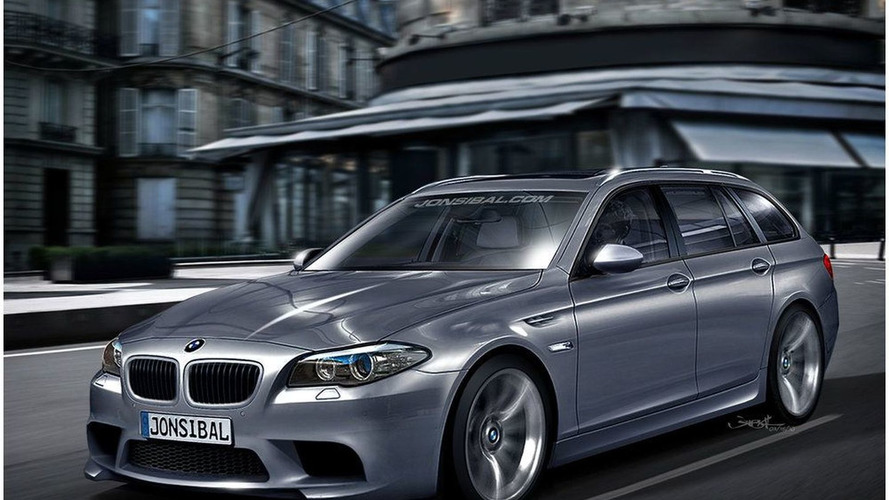 Next-generation M5 is expected near the end of this year. We have previously reported that BMW has canceled plans for a Touring variant for the M5 but the automaker has never confirmed it.

Here is an artist's rendering of a possible F11 BMW M5 Touring model.

Earlier this year we reported that BMW had canceled plans for a Touring variant to the upcoming M5 but BMW has never confirmed that there definitely wouldn't be one.

This rendering of a possible M5 Touring was done by artist Jon Sibal, and it imagines an M5 which closely resembles the new 5-Series, which makes it seem rather close to what BMW would do if it went ahead and made a Touring variant for the next M5.

BMW has only just released the latest generation of its cash-generating 5-Series and word on what the next M5 will look like is a long way away. This rendering can give us a good idea, though.

But the new M5 promises to be a greener machine. BMW claims it will sport 30 percent less fuel consumption than its predecessor (24 mpg or 9.8 liters/100 km) with a similar reduction in CO2 emissions.