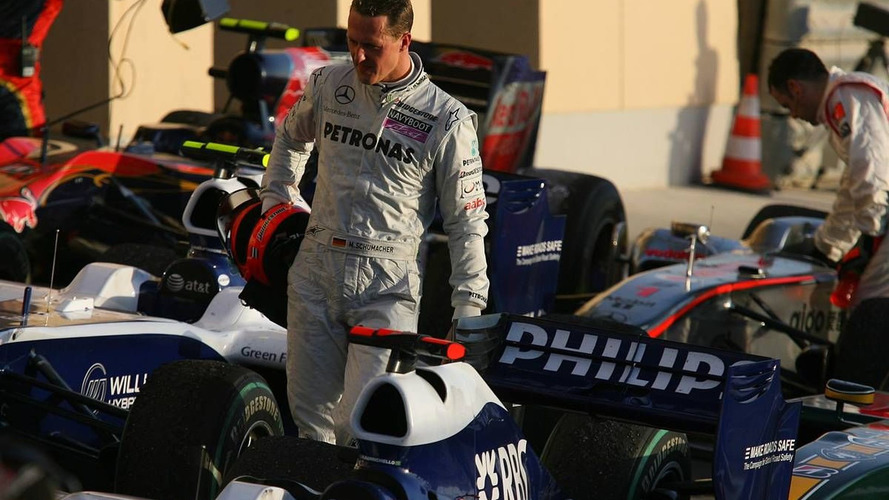 Michael Schumacher is hesitating to rejoin the F1 drivers' union GPDA upon his return to formula one this year.

Michael Schumacher is hesitating to rejoin the F1 drivers' union GPDA upon his return to formula one this year.

According to Germany's Bild Zeitung, the seven time world champion is now one of the only drivers in the paddock without membership of the safety-oriented Grand Prix Drivers' Association.

Some German reports speculated that the Mercedes driver does not get along with the current GPDA chairman Pedro de la Rosa, who upon returning to the F1 grid this year is considering whether to continue in the role.

The GPDA met in Bahrain to discuss the issue of de la Rosa's ongoing chairmanship, but the meeting had to end early and was instead deferred until Melbourne next week.

"Michael still supports the work of the GPDA," said Schumacher's spokeswoman and manager Sabine Kehm, "but he is not sure if he will join again.

"After all, he took the lead in this area for years. Now he really wants the others, who have taken over in the meantime, to continue," she added.

Schumacher was central to the revival of the GPDA in the wake of Ayrton Senna's death in 1994.