Ferrari engineer working on diffuser for 'B' car 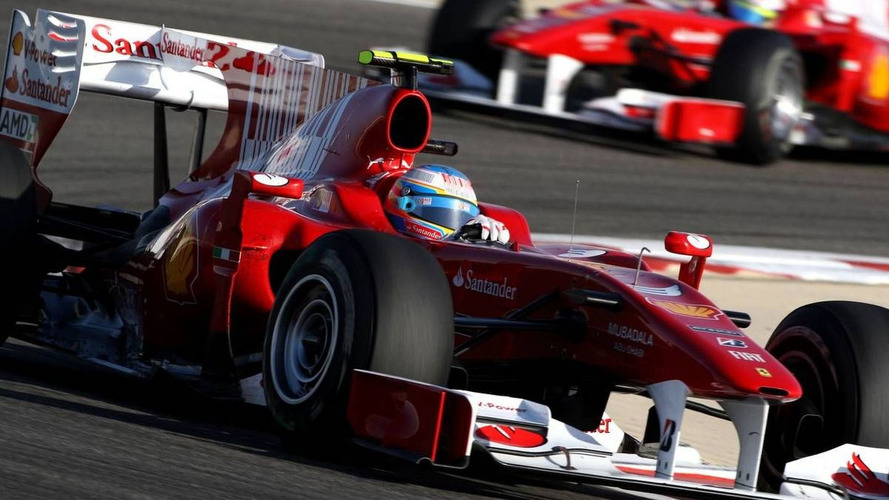 Rumours that Ferrari is working on a 'B' version of its new F10 car have resurfaced.

Rumours that Ferrari is working on a 'B' version of its new F10 car have resurfaced.

We reported Italian media speculation in late January that a significant overhaul of the single seater, which finished first and second on debut in Bahrain last weekend, is taking place.

Italy's weekly Autosprint magazine has now revealed more details, including that Giuseppe Azzollini - a CFD expert - was employed by the Maranello based team late last year following Toyota's withdrawal from the sport.

It is suggested he is now working on a considerable development of the F10's double diffuser that cannot be accommodated in the current layout of the chassis.

It is believed that Azzollini's diffuser concept would have featured on Toyota's TF110 design, which although taken over by Stefan GP is not destined to race this season.

A more immediate change to the 2010 Ferrari is better cooling, after both Fernando Alonso and Felipe Massa's engines had to be changed prior to the Bahrain race.

Massa, meanwhile, said in the post-race press conference that he was asked to conserve fuel for 30 laps, where in fact the reason for his tempered pace was overheating.

"The temperature of the engine is the result of the aerodynamics of the car, so we have to work on that in order to make sure that we don't have any more of these kinds of issues for the next hot races," said team boss Stefano Domenicali.

Gallery: Ferrari engineer working on diffuser for 'B' car