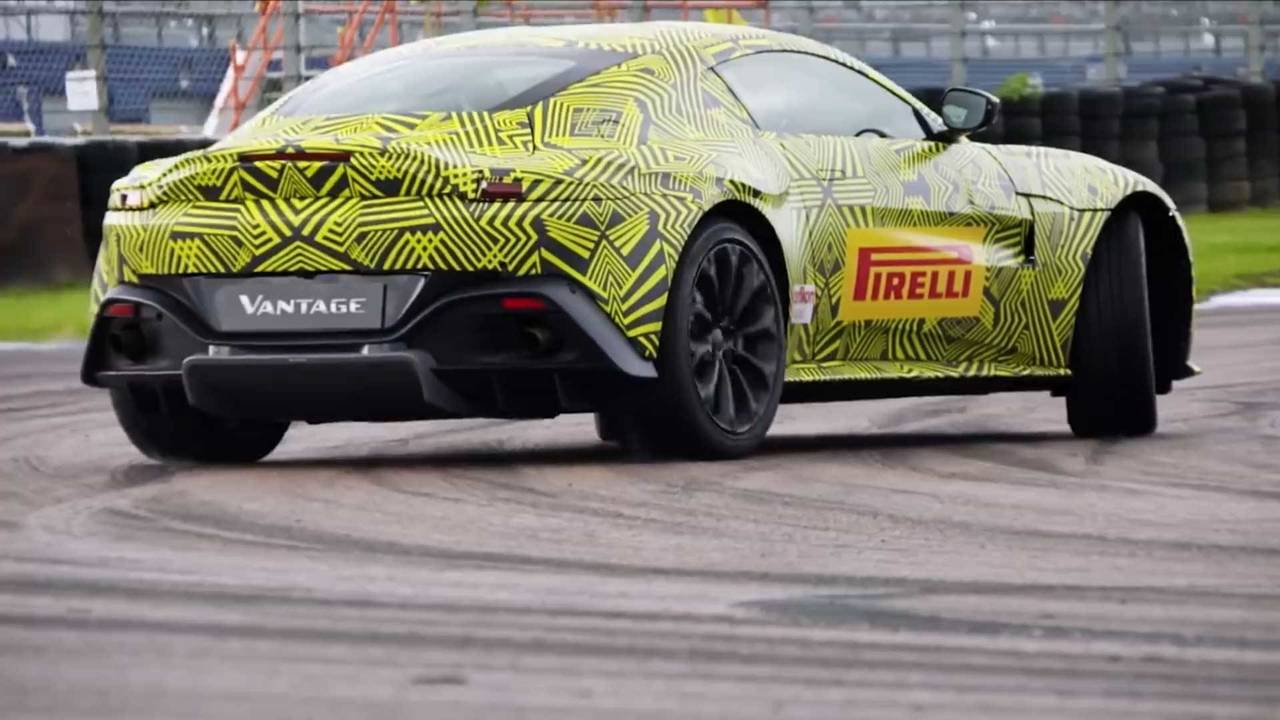 All will be revealed in less than a week.

It’s t-minus five days until Aston Martin gives us full disclosure on the new Vantage, which means it’s time for another teaser to keep us salivating, as if that wasn’t already the case. This time around the morsel comes in the form of a Facebook video, showing the familiar yellow-wrapped, Pirelli-stamped car executing some opposite-lock action in slow motion. With only 9 seconds of screen time, this clip truly lives up to the definition of teaser.

With the eye candy out of the way, let’s recap what we expect to see when the big day finally arrives. It borrows many styling cues from the special one-off DB10 Aston Martin built for fictional superspy James Bond in the movie Spectre, which isn’t a bad thing in the least. It’s got the slim teardrop headlights, slim taillights, and enough sex appeal in its curvaceous body lines to warrant a PG-13 rating from the Motion Picture Association of America.

Under the hood it has a V8, but not from Aston Martin. It will share the 4.0-liter biturbo mill with Mercedes-AMG, and while we don’t know the exact horsepower rating, we expect it will be somewhere around 500 ponies. We also don’t know exactly what kind of transmission will be offered, but we do know it will turn the rear wheels that – and this is a completely wild guess here – will be shod with Pirelli rubber. We also know it sounds every bit as good as it looks, thanks to this spy video captured just a few days ago at the Nürburgring.

It’s a bit smaller than the previous Vantage, and with an abundance of aluminum throughout the car, it should be lighter as well. That means it’ll be faster, with 0-60 times of around four seconds a strong possibility.

All will be revealed next Tuesday. You can bet we’ll be watching.