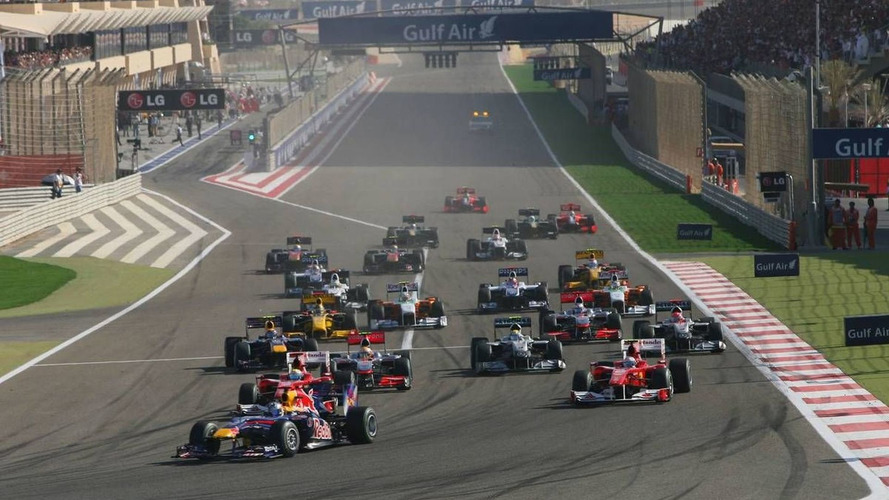 A meeting of the F1 teams association FOTA is expected to discuss the issue of boring races during a conference on Tuesday, according to Switzerland's Motorsport Aktuell.

A meeting of the F1 teams association FOTA is expected to discuss the issue of boring races during a conference on Tuesday, according to Switzerland's Motorsport Aktuell.

The saga in the wake of Sunday's 2010 opener, with the new refuelling ban blamed for the lack of on-track action, has some figures calling for the sport to react immediately.

"There is no panic, no crisis for F1," he is quoted as saying by the Times.

He said he has already had a meeting with the teams.

"I tried to explain to them what our business is about -- racing and entertaining the public, not about playing with computers and going fast over one lap.

"The problem is that you cannot really have teams in any shape or form having a part in the sporting or technical regulations. You cannot have the inmates writing the regulations," said Ecclestone.

He proposes that independent engineers write the rules in future, but 1997 world champion Jacques Villeneuve is urging caution rather than knee-jerk panic.

"The rules are fine," said the French Canadian. "One race doesn't mean anything. The worst thing would be for sudden changes before everybody is sure what they want."

"What we don't need right now is a knee-jerk reaction. Whatever happens, we must be sure that any changes improve the show," said Gascoyne.

Berger said: "It (Bahrain) was boring but it was the first race and it's too early to make a verdict. I think it will work out."

Sir Frank Williams told France's Auto Hebdo that not only the rules and the cars are to blame.

"There is no magic formula one, but a change that would help would be to have longer straights with bigger run-off zones," he said.

And HRT's Karun Chandhok joked: "How about they try out my weekend programme and go straight into quali!?"