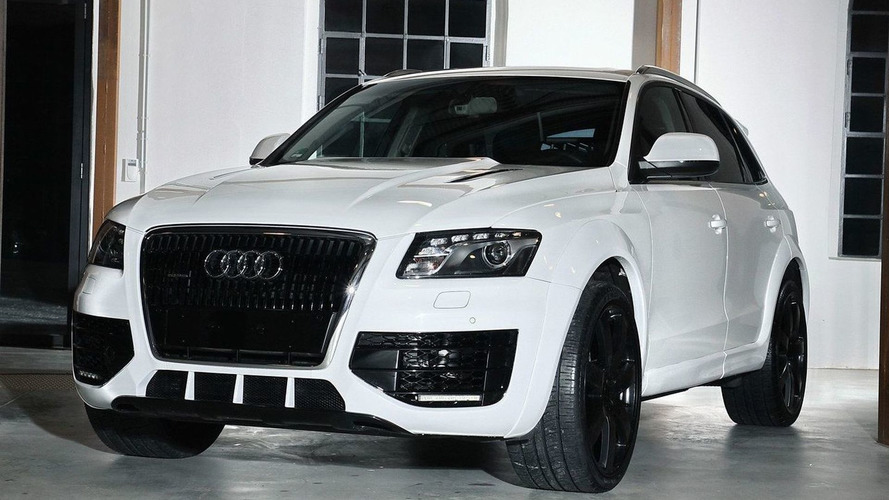 We have the full story on the Enco Exclusive Audi Q5, with photos, inside.

German tuners Enco Exclusive have developed a new set of modifications for the Audi Q5.  Although parts can be purchased separately, the full kit retails for €11,568.

The package put together for the five-door is meant to reflect a similar look as the Enco Q7, though there are distinct differences between the two bumpers.  LED daytime running lights have been built in alongside enlarged air inlets, and a new hood lays above it all.  New sidesills lead to a remodeled rear that now includes a rear spoiler and dual oval exhaust pipes seen on the Q7.

Carbon fiber has been used throughout the interior.  Also thrown into the mix are 10x22-inch monoblock wheels wrapped in Pirelli Scorpion Zero tires.  Wheels come standard in silver and can be painted if desired.

You can read about the individual price of the parts in the press release below.  The Enco Exclusive Audi Q5 is now available for order from the tuner.