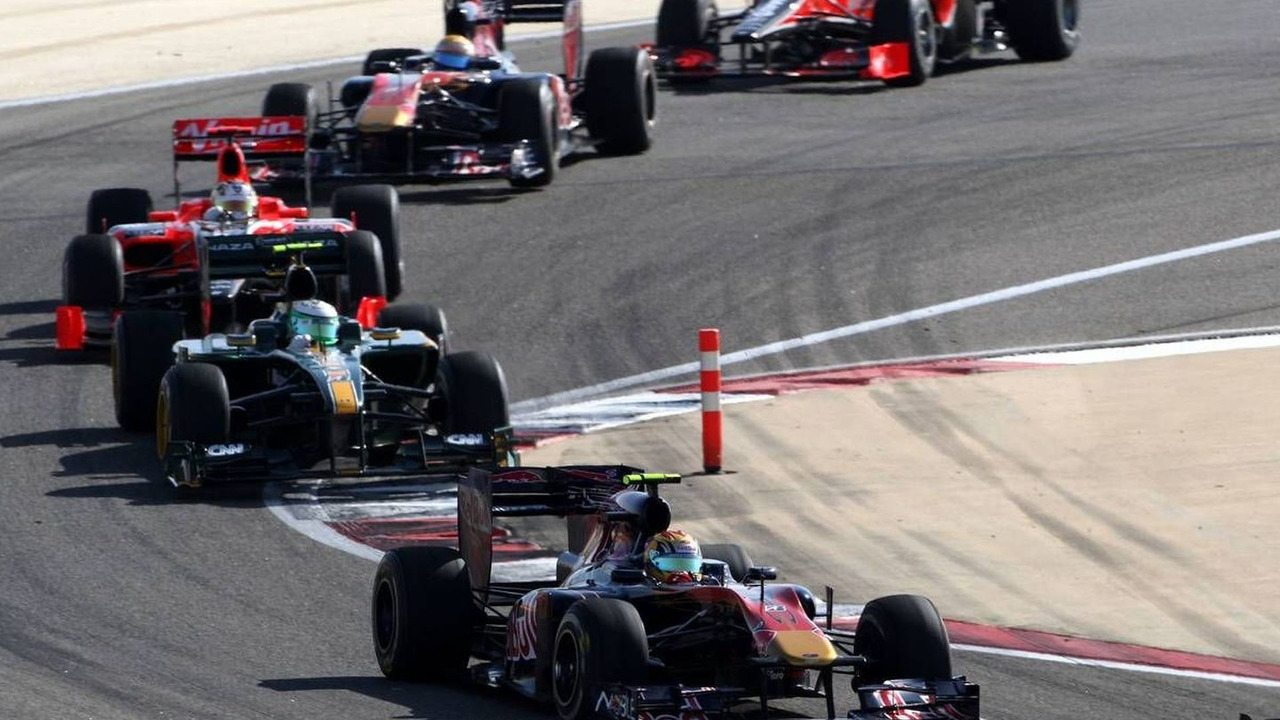 Felipe Massa and Adrian Sutil have urged caution after the press and some teams called for immediate changes to spice up the staid spectacle of the 2010 season opener.

Felipe Massa and Adrian Sutil have urged caution after the press and some teams called for immediate changes to spice up the staid spectacle of the 2010 season opener.

The refuelling ban has been blamed for the mainly processional 49-lap race in Bahrain, with calls now loudening that a second pitstop should be mandated perhaps in conjunction with a different combination of tyre compounds supplied by Bridgestone.

Force India's Sutil admitted on Monday that overtaking was not a risk worth taking at Sakhir.

"If you push two laps too hard to gain a position you overheat the tyres and then maybe it's over and you need to pit to change that tyre set or you lose not only one position but maybe two or three, so it's not worth it in the end," said the German.

"That's why the racing seems a little boring, but it will probably change on different circuits. That was the first race and nobody really knew how to manage the tyres during the race and I think everybody was a bit more careful," he added.

Ferrari team boss Stefano Domenicali has also said F1 should wait a few more races before judging the new formula, while Felipe Massa was asked about the situation before leaving Bahrain.

The Brazilian driver said: "I think it's difficult to expect how the next track (Melbourne) is going to be.

"It's a very different circuit and layout to here, but we need to gain experience from this race and try to understand many things for the future."