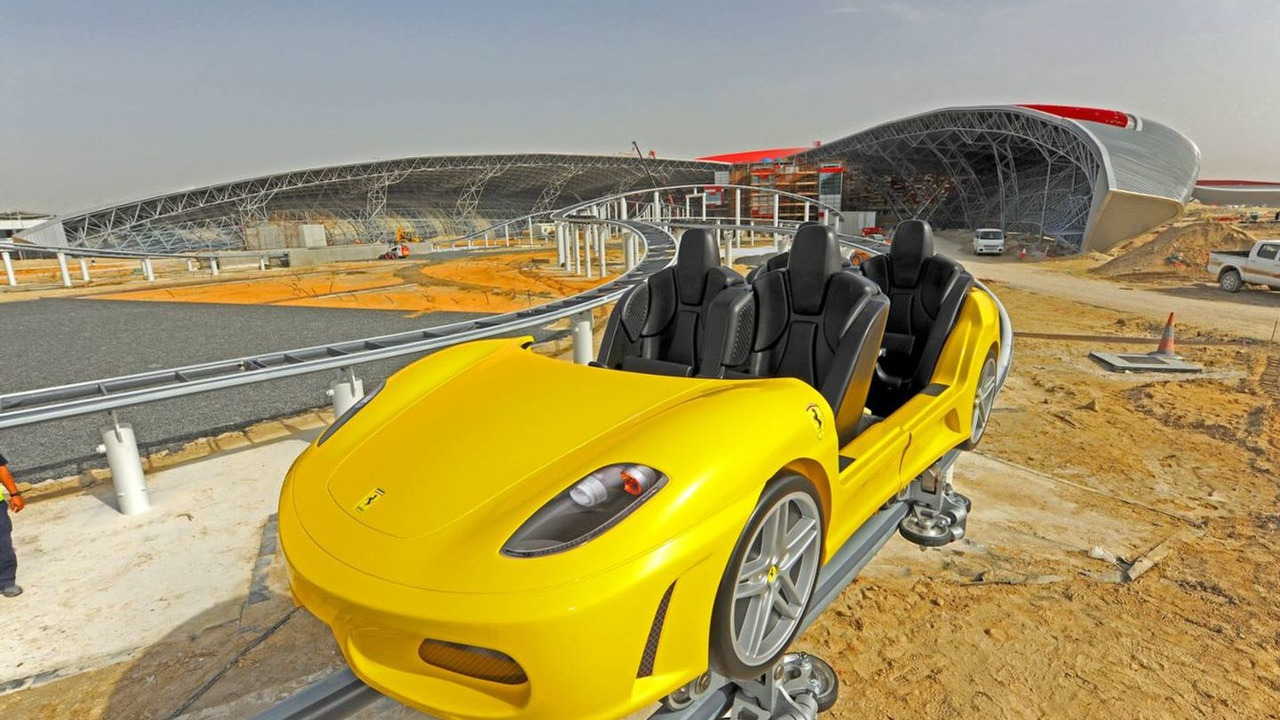 The first image of the GT roller coaster at Ferrari World has been released straight from Abu Dhabi. The full story inside.

Ferrari World Abu Dhabi has released the first image of a new roller coaster that races two sets of passengers against each other on parallel tracks.  The GT roller coaster uses carriages of four individual seats to bring people around the rails.

Each coach on the ride is fashioned after the Ferrari F430 Spider.  The GT ride is one of twenty attractions at the theme park, and one of two rides unique to the location.

Ferrari World is still under construction on the Yas Island in Abu Dhabi.  The first theme park named for the automaker is being built on over 135 acres of land in the emirate.  It is scheduled to open in the latter half of 2010.