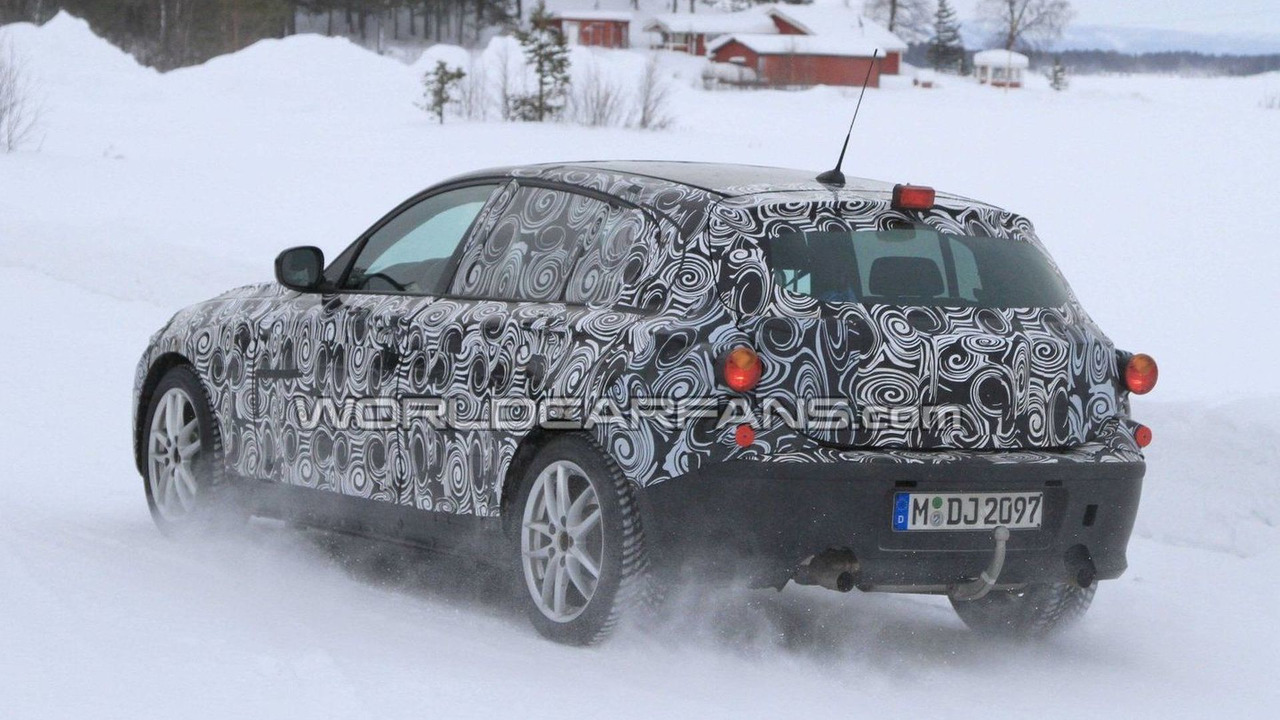 Spies caught the 2012 BMW 1 Series hatchback with two separate tailpipes. That can only mean one thing; a twin-scroll 3.0-litre turbo for the first time in the hatch model.

The next-generation BMW 1 Series will hit the market in 2011 as a 2012 model. The current range consists of a hatchback (3 and 5-door), a coupe and a convertible. Only the last two offer the 3.0-litre in-line twin turbo engine in the 135i models.

These spy pictures of the 2012 1-Series hatch show a possible change in this regard. Look closely at the rear bumper and you will notice single round tailpipes on either side. This kind of layout is used for BMW's twin turbo petrol engines in sedans and coupes, while the 135i is the exception with its twin pipes grouped on the same side.

In short, we will see the 5-door hatch getting the 302 hp (225 kW / 306 PS) single turbo twin-scroll N55 petrol straight-six for the first time.  The current 1-Series coupe and convertible were recently upgraded to the N55 engine over the old twin-turbo.