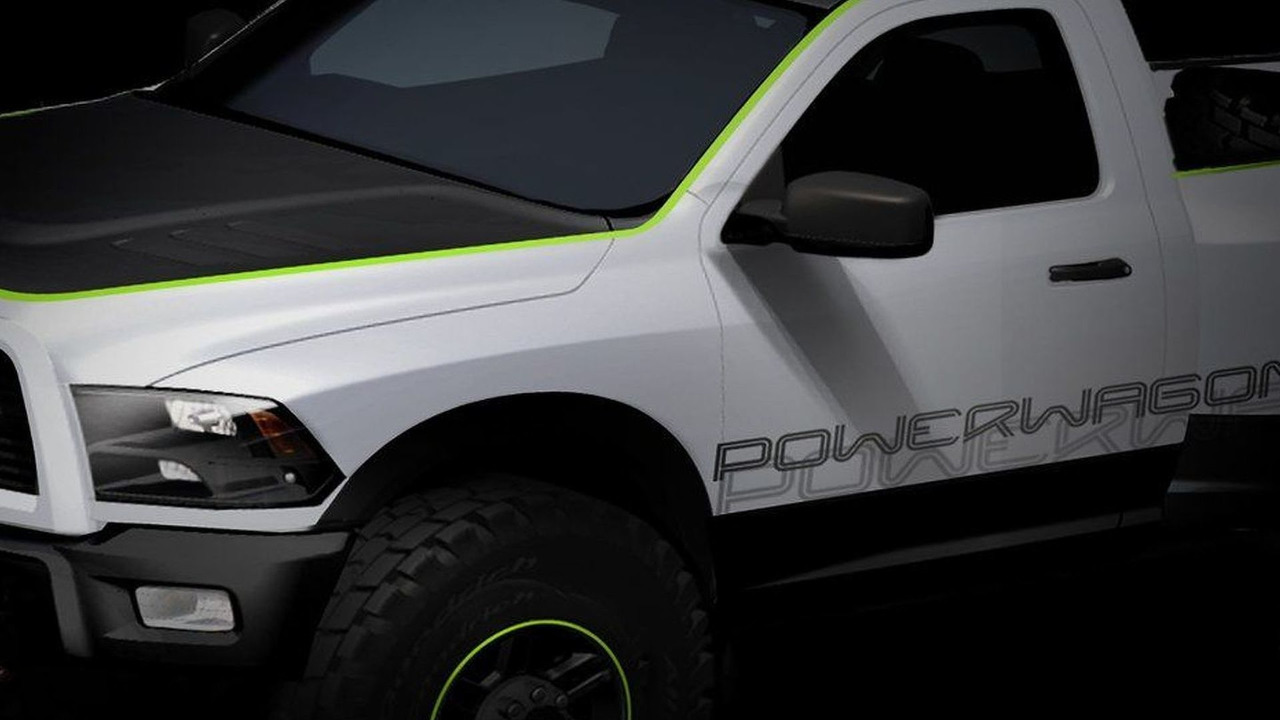 We have the rundown on four Chrysler models that got a full treatment from Mopar. They're on display next week. The story and images inside.

If ever there was an obnoxious marketing term, "Moparized" is it.  Chrysler's parts division, Mopar, will be bringing four "Moparized" vehicles to the annual Easter Jeep Safari later this month.

Amongst them is a supposedly new version of the Dodge Ram Power Wagon, an off-road capable full-size pickup.  It features a blacked-out grille, and new hood, headlights, foglights, and front bumper.  As seen in the drawing, the truck has a reduced-size cabin that fits only two people, eliminating the need for four doors.  The bed also looks small, making room for a full-size spare tire.

The Jeep Patriot Extreme also has a blackened grille and hood, like the Ram Power.  It is an off-road capable SUV painted in a bright orange guaranteed to scare off any indigenous species.  16-inch TJ Moab wheels are wrapped in BF Goodrich KM2 tires, with an extra 2-inch suspension lift to avoid damage.  Rock rails were also installed at the front and back to protect the SUV.

The four "Moparized" Dodge and Jeep models will be on display from March 27 at the Easter Jeep Safari in Moab, Utah.